Shooting in the Dark

Sometimes the situation for photography turns dark. And I don't mean menacing or sad. Sometimes the light goes away or hasn't yet arrived, and you need to keep shooting. Or, shooting in low light is what you desire. Here are some examples that illuminate (hah!) ways to make that work.

The Sikorsky S-76C++, above, was preparing for night operations along the coast of Louisiana. We'd already done the air-to-air of a PHI S-92 and, with the day almost gone, along with the light, I used what was left of the stormy sky as a backdrop for the aircraft illuminated by its own lighting.

At the other end of the day, below, is an MD 530F that will soon take to the sky from PJ Helicopters in north central California. Here it is the light from an ATV "tug" providing the illumination. And, again, shooting from a low angle silhouettes elements of the fuselage and rotor system against the deep pastel sky rather than blending them into that line of trees. (By the way, this photo is actually a bit brighter than the reality of the scene.) 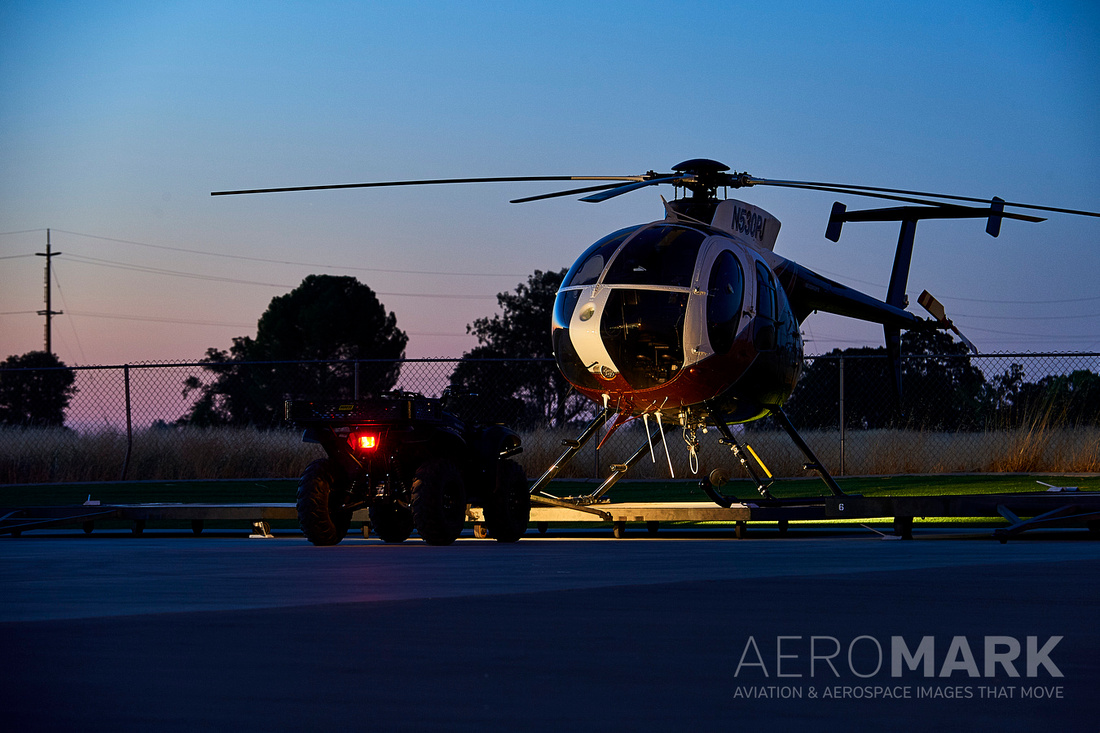 This hangar in Beeville, Texas, would be the site of many hours of photography in the coming day, but I arrived purposely early and captured five differentially exposed frames to enable the assembly of this high dynamic range (HDR) image. Only then could a single photo show detail in all areas of the scene. 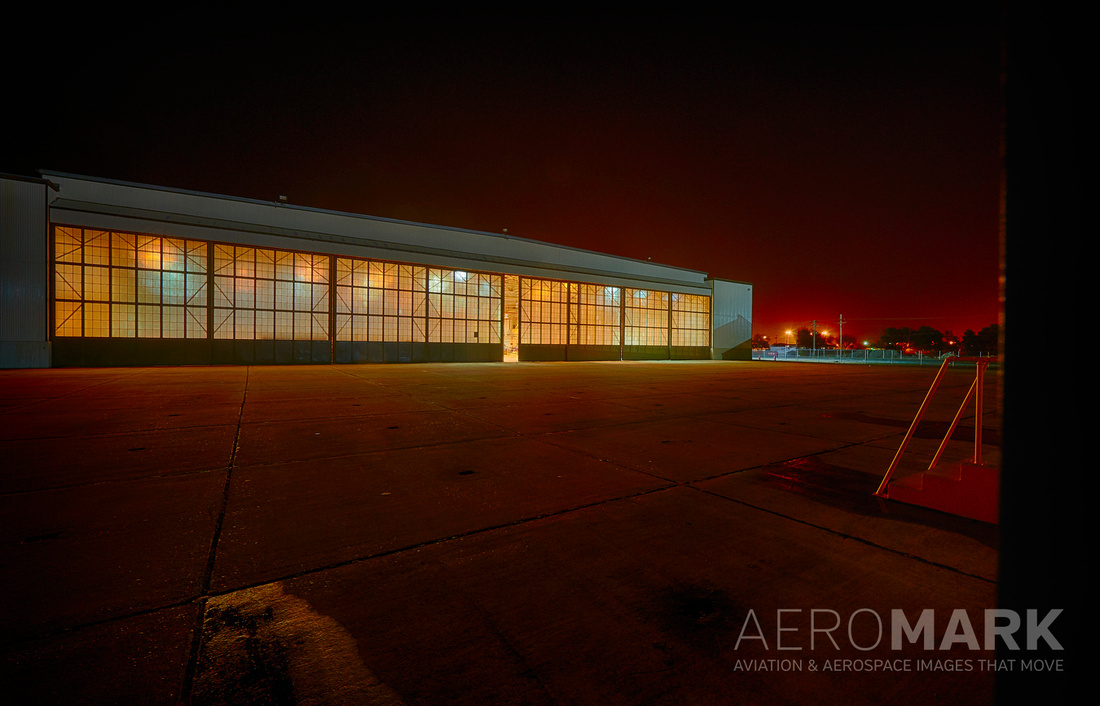 Lest you think only stationery objects are suitable for low/no-light photography, here are three images from a recent nighttime hoist training session with the Arizona Department of Public Safety and their Bell 429. I chose my camera with great low-light, thus high-ISO, performance and worked from a pitch-black, rocky hillside. Considering the extremely slow shutter speeds (about four times slower than I normally would shoot), I was heartened to find the majority of my captures were good — not all, but most. 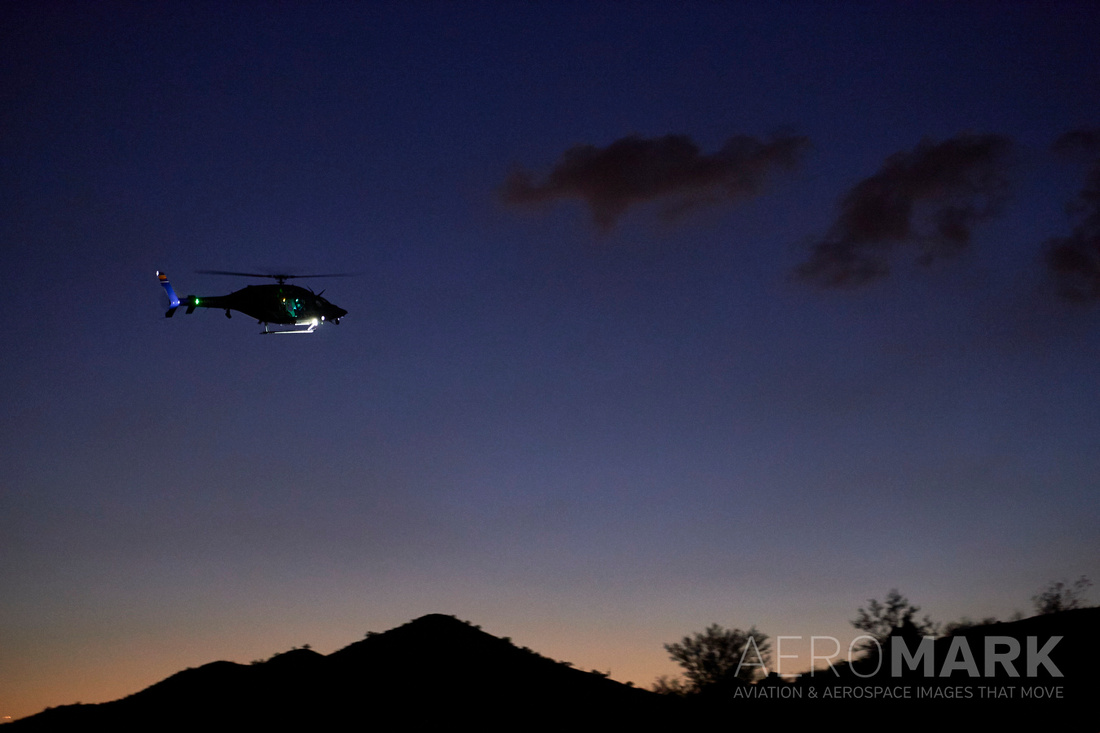 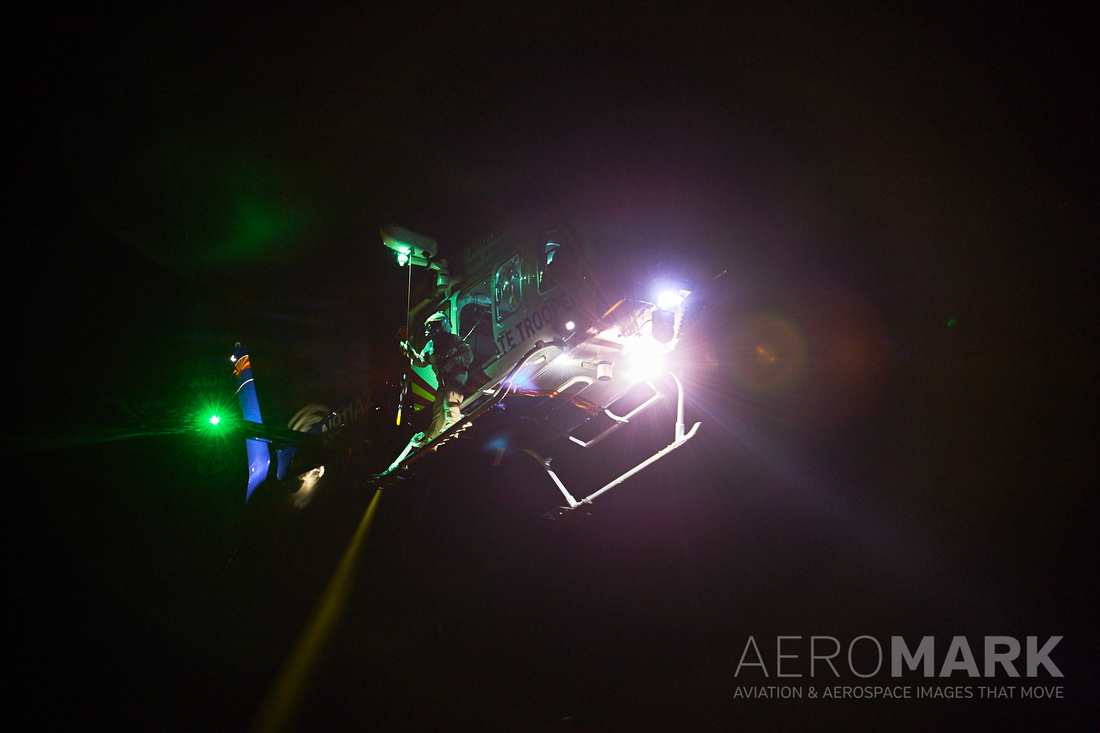 I captured this S300 over Broomfield, Colorado, after a long day of more brightly lighted air-to-air photography. There is still some twilight, but it's not much, and balancing ISO with shutter speed still required very good technique, and a gyro stabilizer under my camera, to get usable images. And, frankly, these are some pretty images — soft light and, because of the low light, shallow depth of field that really separates the aircraft from the background. 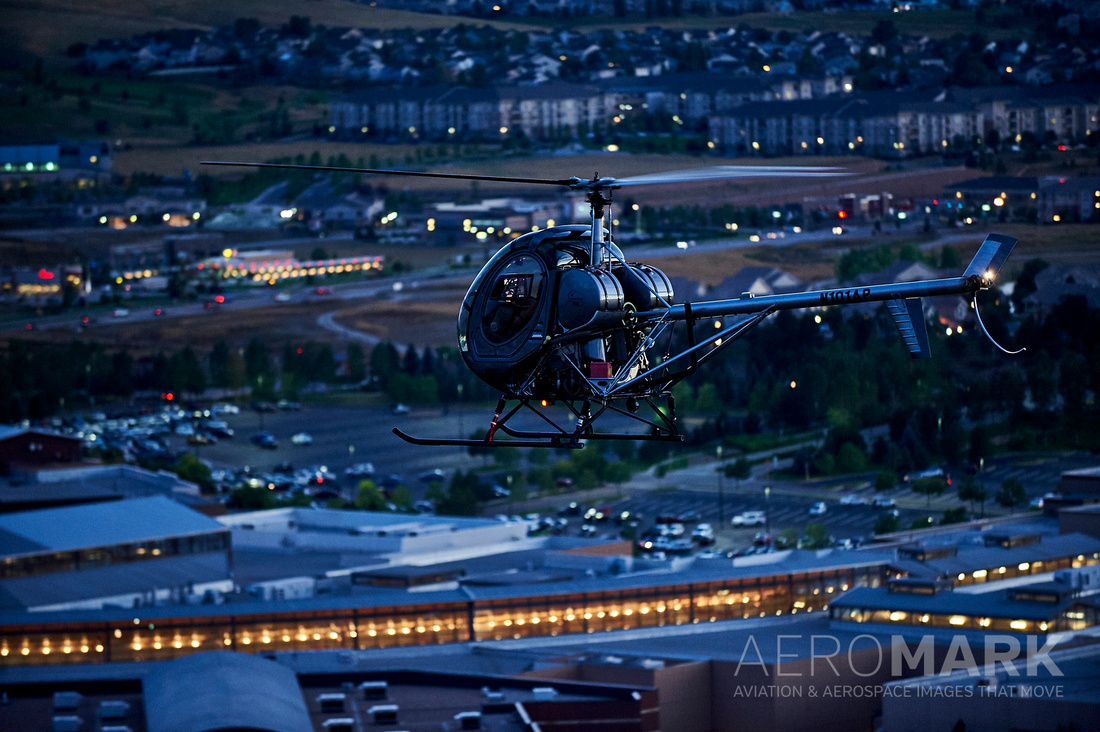 S300 near DenverIn and around Rotors of the Rockies of Broomfield, just outside Denver.

Sometimes, in photography, you can control the setting and lighting and action. Sometimes you can't and must work with what you get, when having the right equipment and composing to take advantage of the scene can lead to successful images. In other words, if you are prepared and practiced, you can make the most of what the client — and the sky — gives you.

You might think, concerning air-to-air photography, you can shoot only with the light pouring — or dribbling — from the sky. However, with the right equipment and skill it is possible to put a lot more light on your air-to-air subject. If you need that type of imagery, the guy to call is Claes Axstål. He designed his own portable, high-power lighting system that he can load into an airplane or helicopter (space permitting) and light up your aircraft like you might have not dreamed possible. See his work at www.axstalphoto.com. 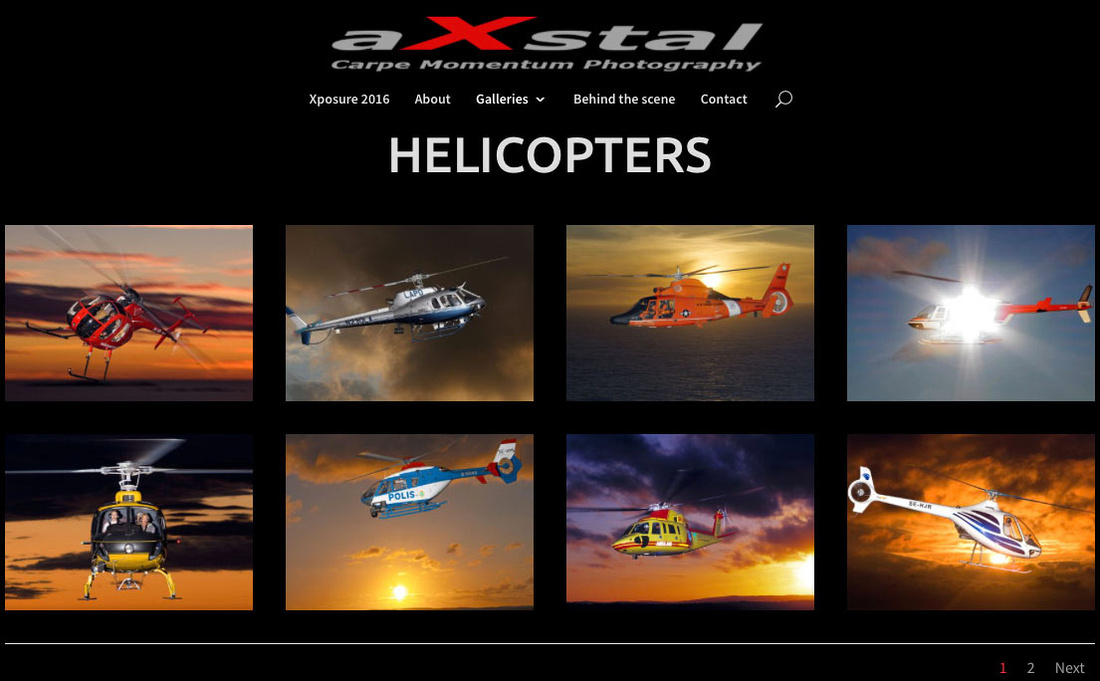