We Can Fly Because They Care

Recently I put the spotlight on the airborne crewmembers not operating the aircraft. This time I take a look at ground crew, the men and women who prep, check, and in myriad ways support the mission by making sure aircraft are safe and ready to fly.

As I've mentioned previously, I love photographing people doing their jobs, and these images show me doing just that. While these folks are doing their thing I don't want to distract them, but I have my job too, which is to clearly tell the story. I do that with composition, color, and honesty. 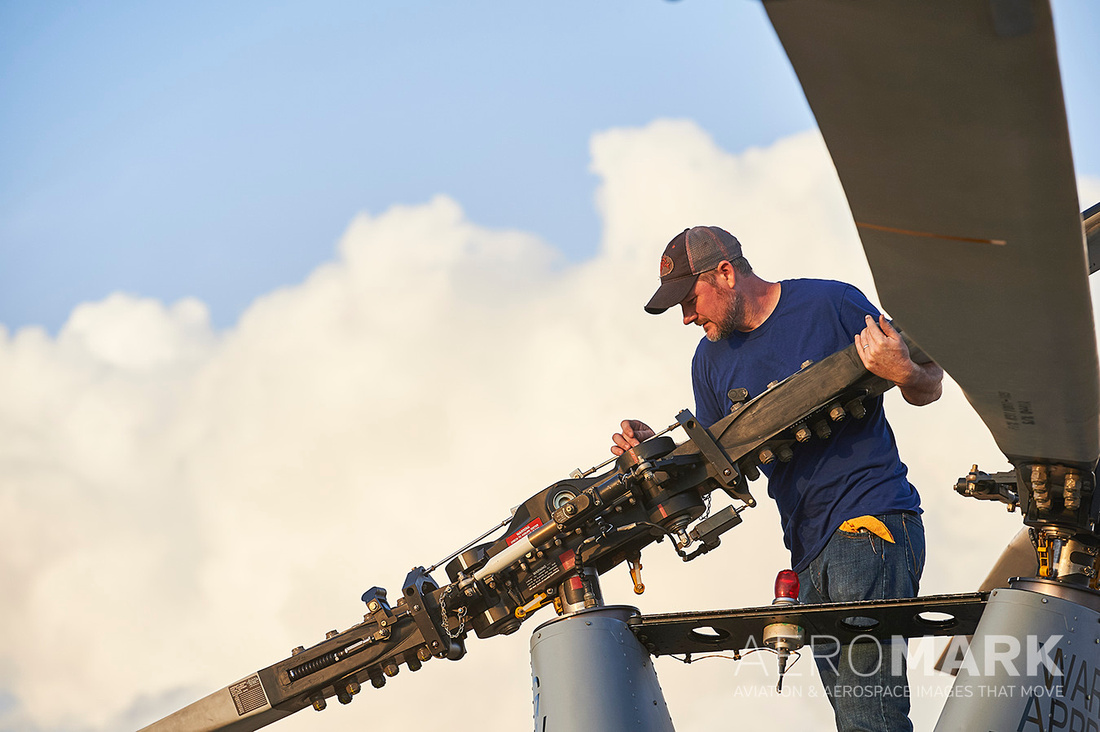 Above, I framed this mechanic against clouds building south of Puerto Rico, with lots of diagonal elements that impart energy to an activity that is important but visually serene — he is intent on his inspection of the K-MAX rotor system while our attention keeps coming back to him.

Below, a fluid check is just one of the many small steps required to send this QF-16 into the skies above Holloman AFB in New Mexico. The orange safety gear contrasts with the otherwise low chroma aircraft and surrounding scene. 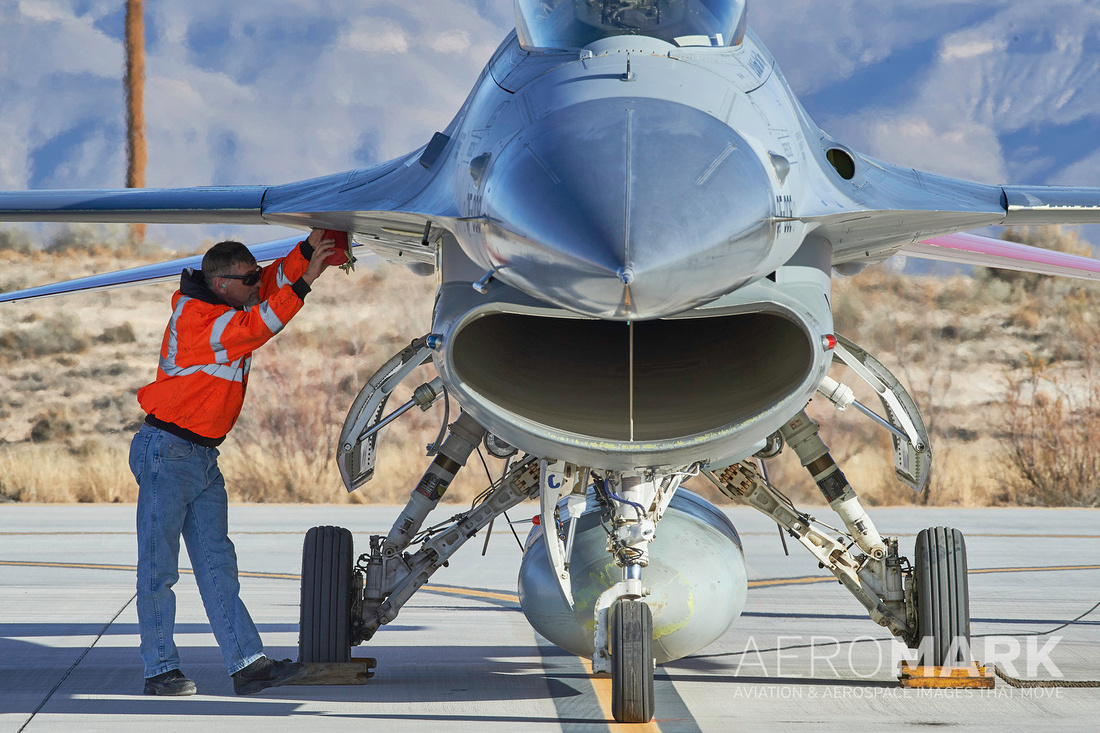 There was very little color in the F-5 or the garb of the mechanic working on it at MCAS Yuma. However, there were colors in the out-of-focus background elements, which tended to draw our eyes away from the action. Solution? Kill the color and, thus, emphasize the shapes. 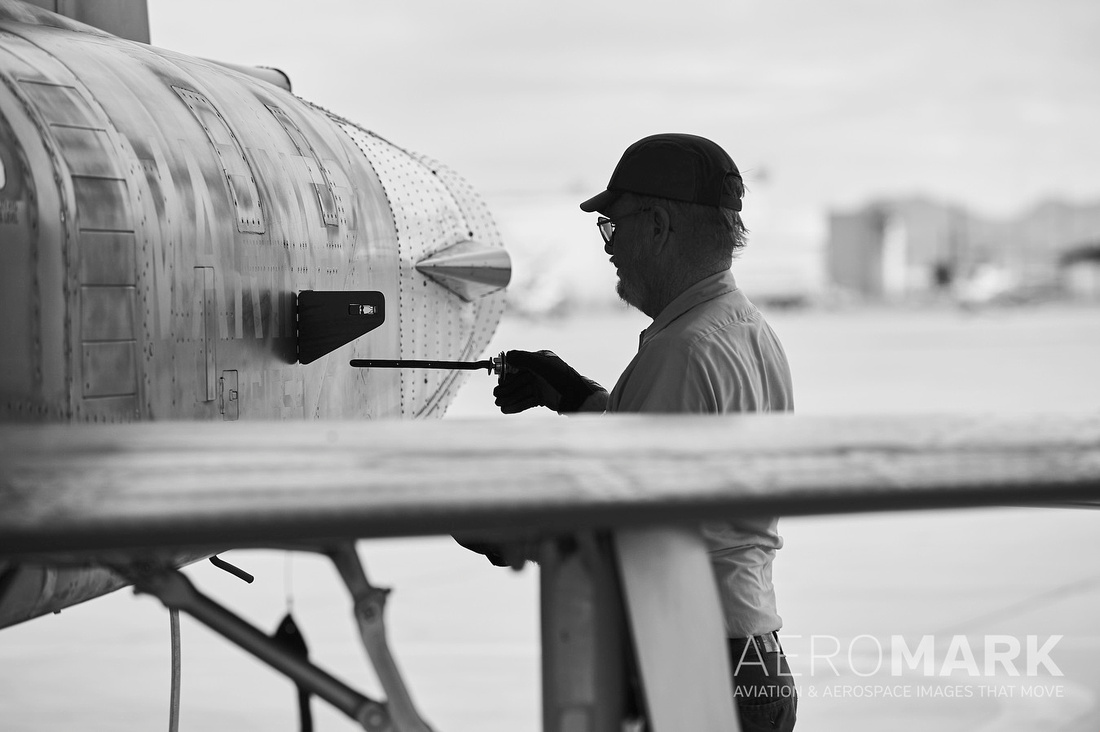 Yet another example of focused attention, this mechanic at Fort Polk, Louisiana, is one of many who keep the Army's UH-72s ready for flight. The major elements of this composition point toward the upper left, giving a clear indication of where the action is. 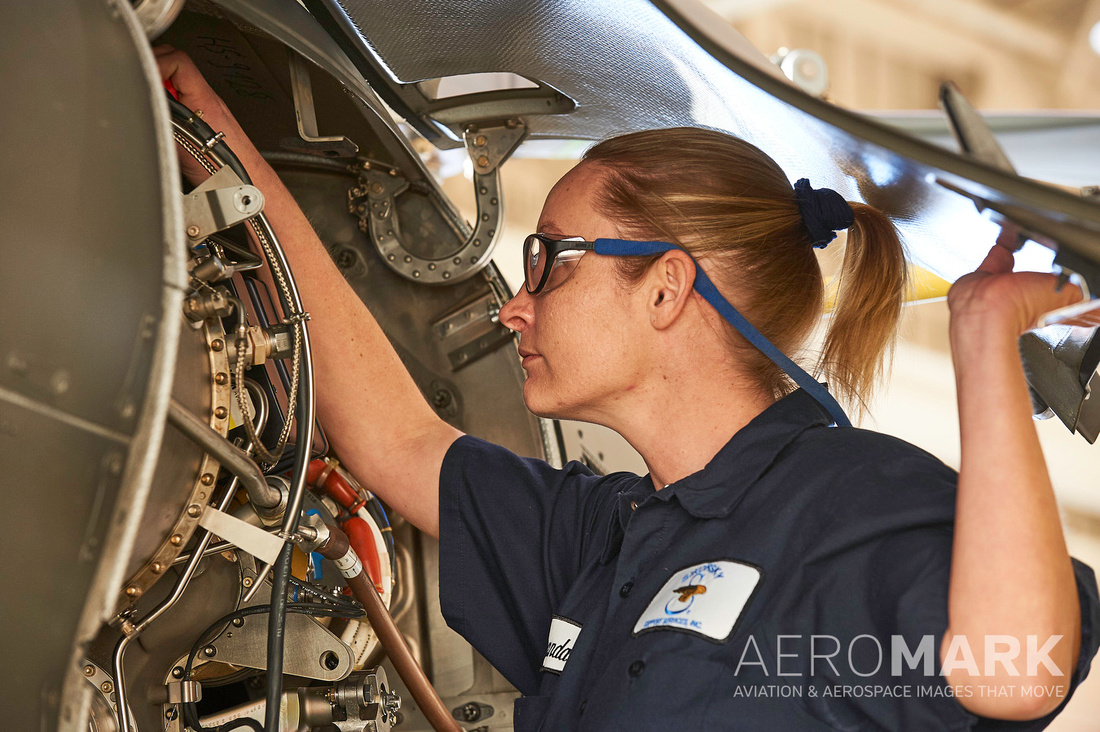 Since none of these images was posed, which often is revealed by a subtle, if not outright corny, sense of unreality, the alignment of this crewmember's outstretched hand and the rotor blade of this Bristow S-92 is most likely just happenstance, but I'll take it since it helps our eyes connect his signal to the aircraft. 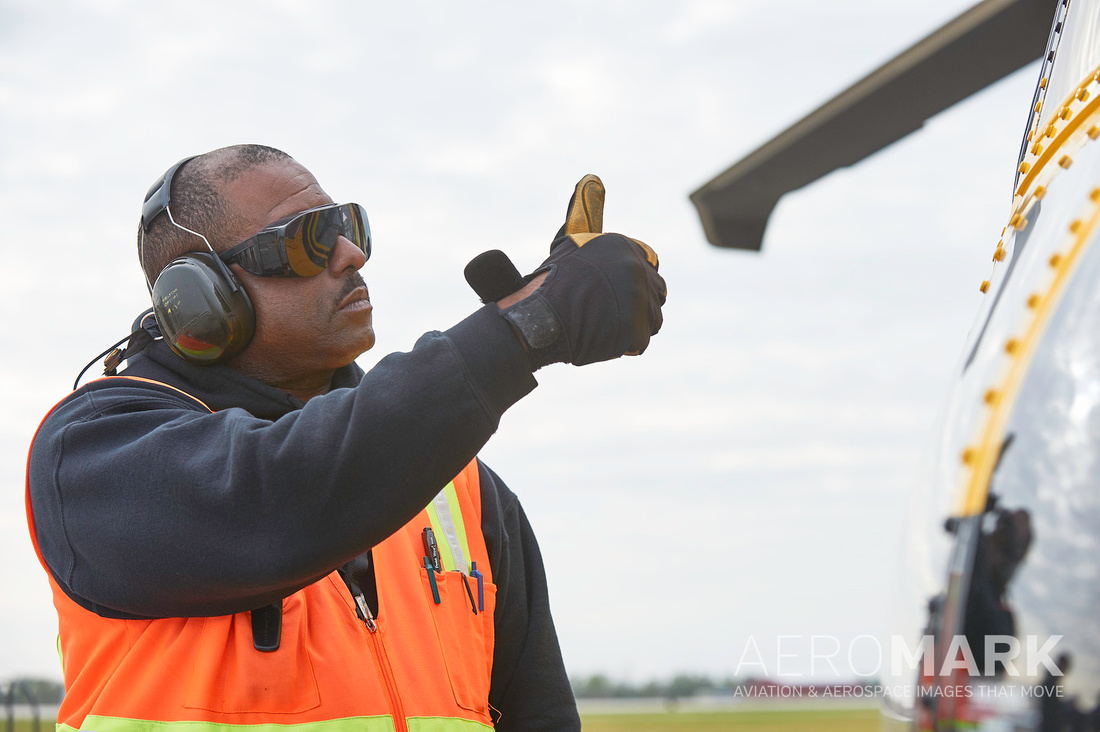 Each person in the above photos is seriously focused on their job, which is fine and appropriate, but sometimes the fun of working around aircraft comes through! 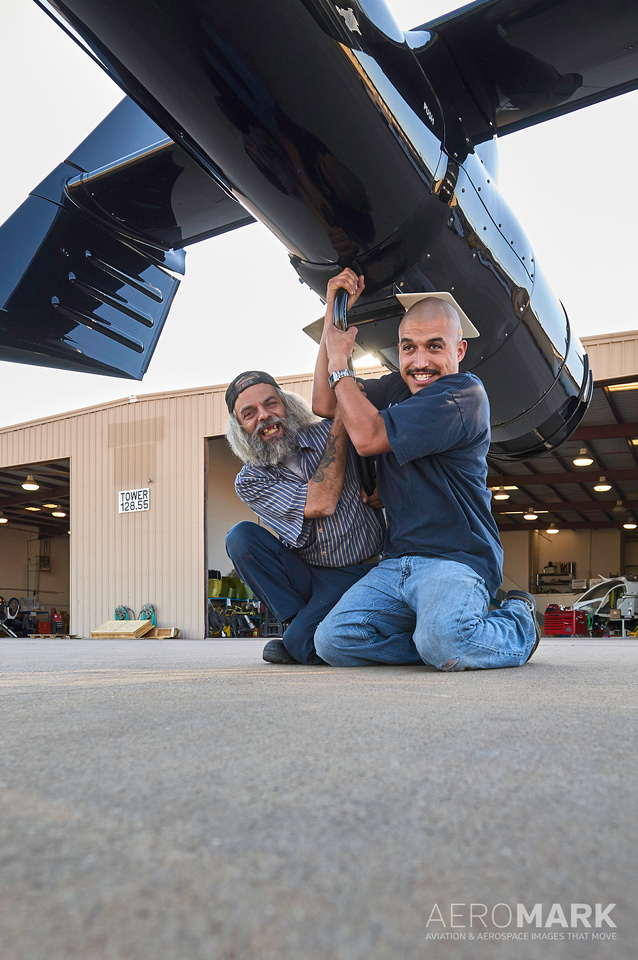