In a recent posting the topic was people working. Caught in the act of doing their jobs, and how photography captures the intensity of those efforts. This month I interrupt the people to make images that are just a step closer to portraiture. 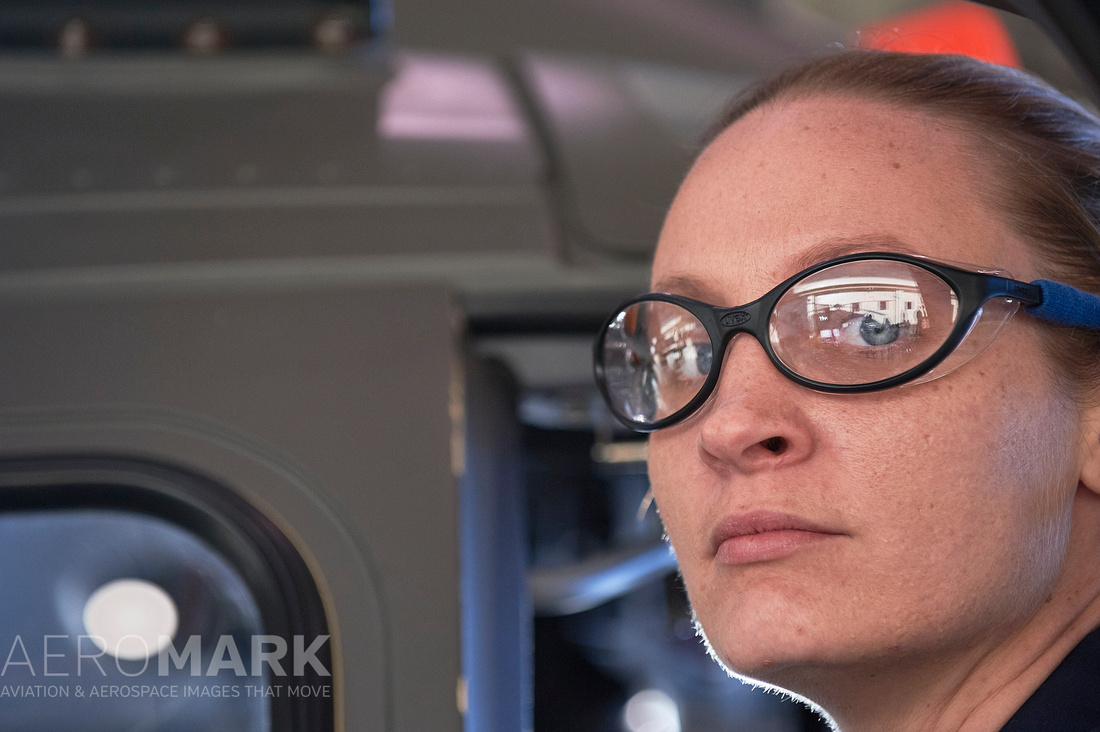 None of these are staged environmental portraits. These folks were doing their thing, or about to do it, or just finished doing it, and I basically asked, "hey, can you look over here for a sec?" As in the above image. This mechanic was moving from one task to another and I asked her to look my way. Click.

Or below. This pilot had just shut down after a photo flight with me and as we were heading back to the hangar…"hold it…" Click. In both cases the aircraft in the background, even out of focus, gives the image, and the person, context. 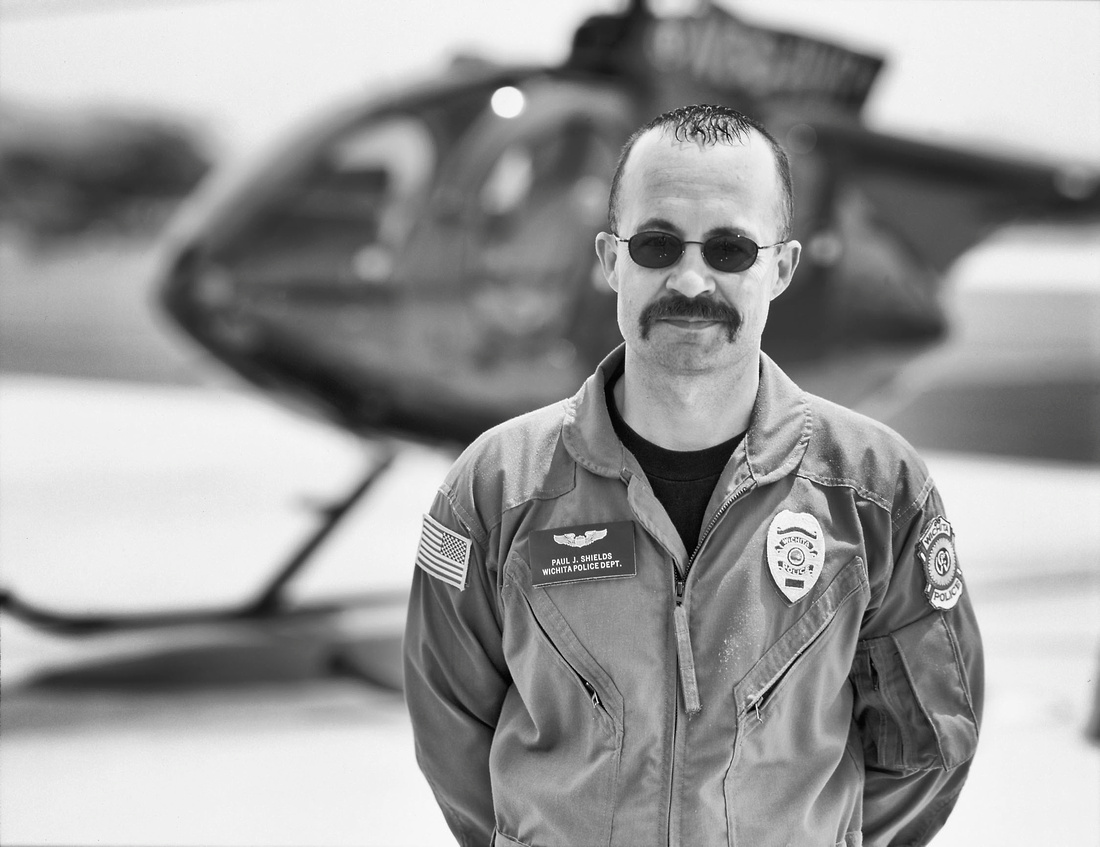 Another pilot, another flight well flown. While I chose to convert the above into a black-and-white image, somewhat it tune with the more serious expression we see, the brighter, warmer colors below seem better suited to this pilot's post-flight smile. 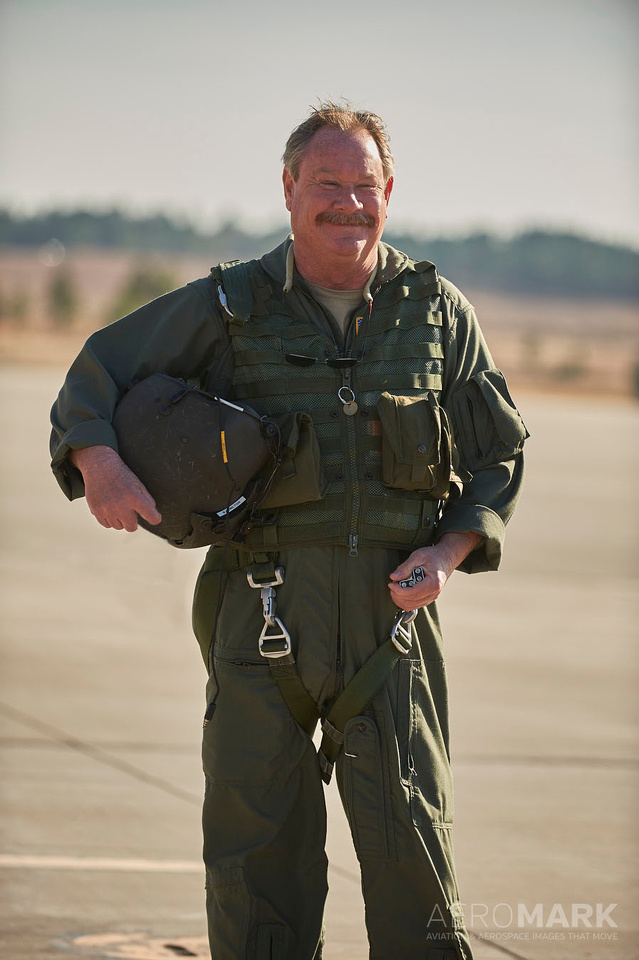 Now this mechanic has just a hint of a smile, just a bit of a twinkle, and I was happy to catch it before he crawled up inside the airplane for some very close-quarters work in preparation for a new fuel cell. And again, this is where I found him so this is where I photographed him. No coaching, no fake posing; just a natural, relaxed look. 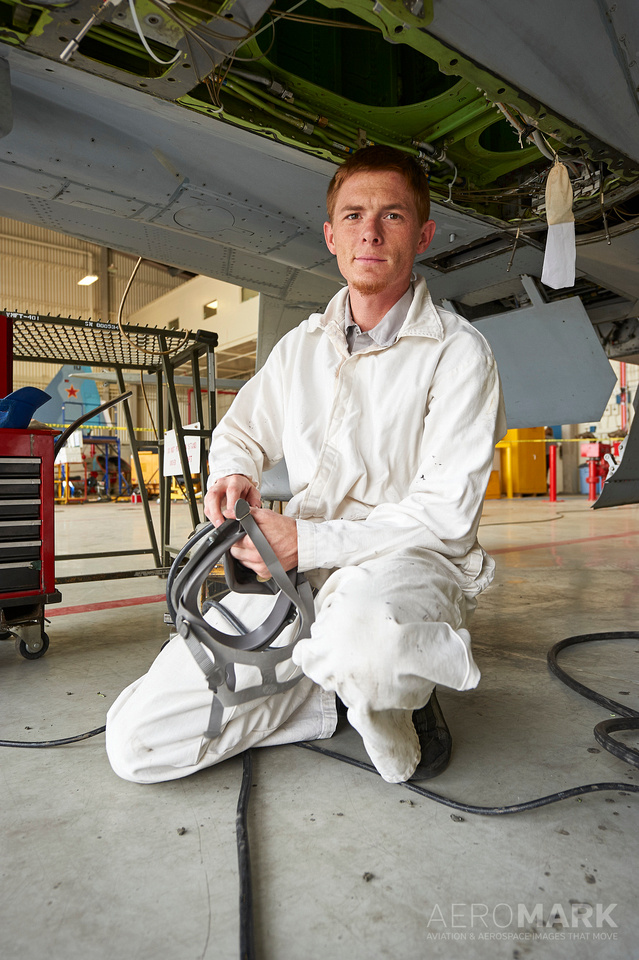 Lastly, this fellow needed no prompting to give us a big smile and, spending some time with him that day, I know that's a genuine smile because he enjoys what he does. My job, typically for a corporate newsletter or annual report, is to showcase the character of these men and women as they do their thing. And that's what I did. 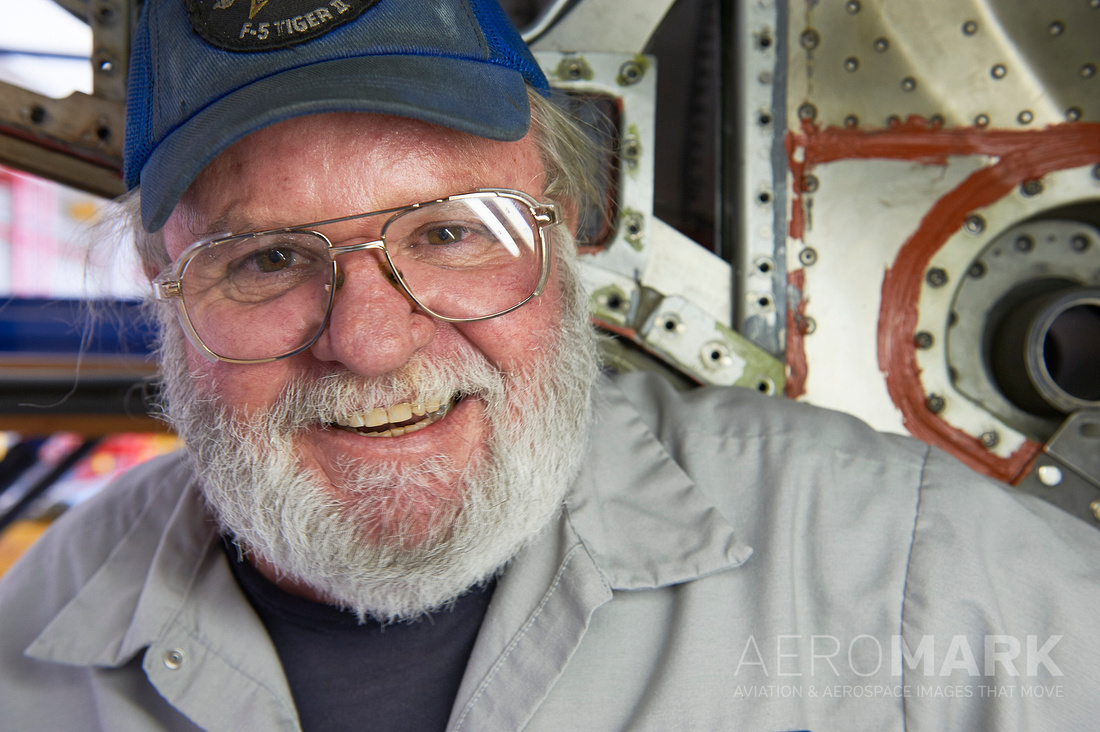