Looking beyond the target or, sometimes, in front of it.

When photographing aircraft, especially air-to-air, it is important to plan and shoot considering something beyond the aircraft you are putting in your frame. That is, the rest of the frame; the background. An airplane photographed in a sky can be interesting, especially if the angle, lighting, or other elements are working, but a pretty plane against an uninteresting, or worse, distracting, background is failing to bring context and meaning — it ends up being just a picture of an airplane or, in that worse case, an airplane competing for attention with a distracting background. 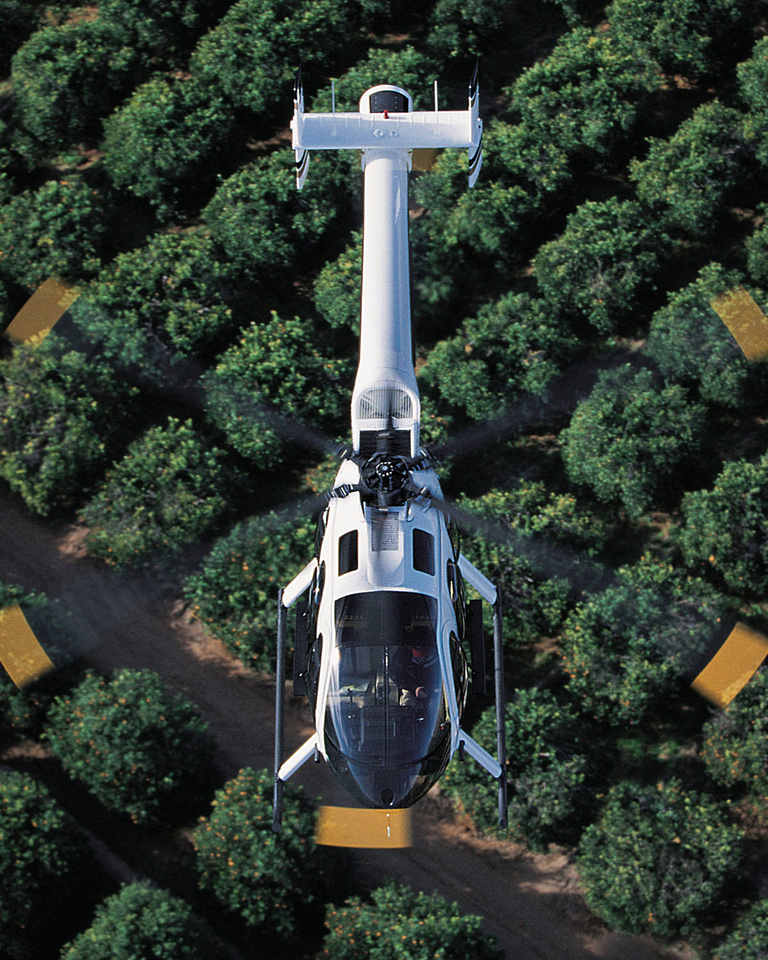 Above, an MD 600N captured against an orange grove puts the aircraft in a place, which leads to a more complete "story," even if one is not specifically being told. And stories are interesting, which means people spend more time looking at them.

Less common, but worth considering, is the foreground. "Wha?" you might ask. Well in the case of this MD 530F, below, circumstances lead to my being able to put a bit of the local flora in the foreground. The client decided against a full-fledged air-to-air shoot, but still wanted the best they could get, image-wise. So, with cooperative topography, I flew out in this ship, disembarked onto a desert mesa and, with the aircraft flying beyond the cliff edge, we approximated some air-to-air. It's not ideal, but it was working well enough and, seeing the opportunity, I put some saguaro in this shot. 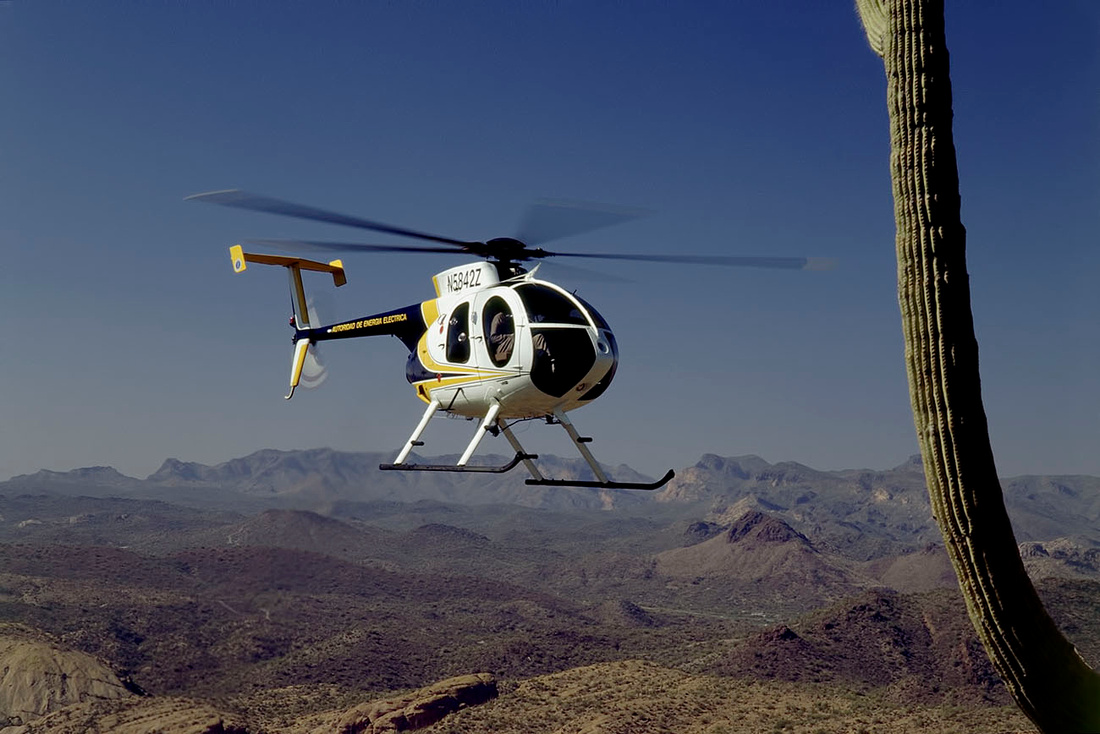 So, plan for the best and work with what you've got. Good advice in any field.

(Side Note: The pilot of the MD 530F lost sight of me as he maneuvered away and then returned to pick me up. We were not in radio contact so, for a while, he thought he'd have to come back after he refueled. I guess I should not have worn desert camo… (I didn't.) Oops!)