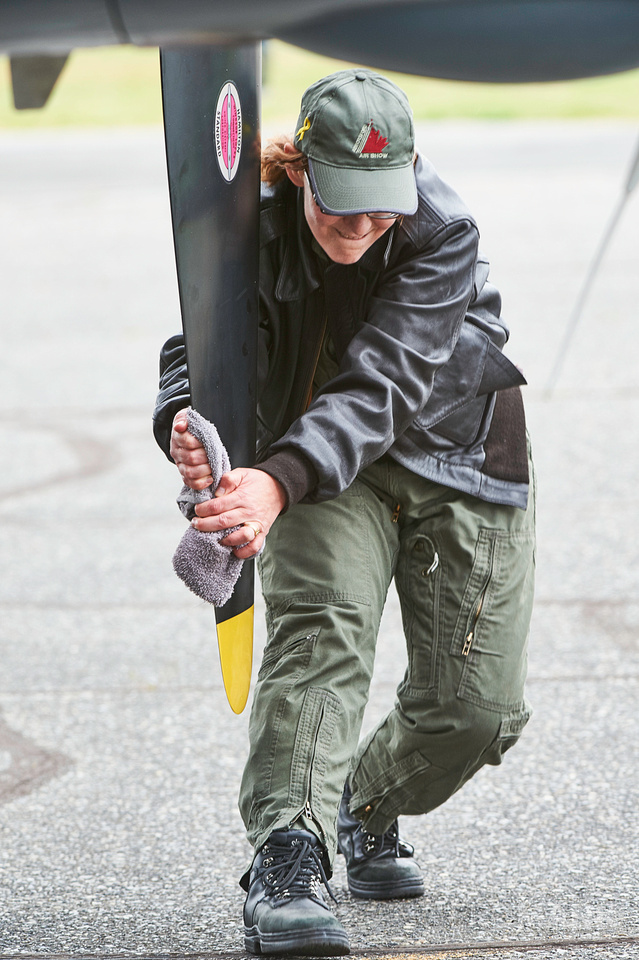 Some of my favorite photography is when I get to capture people working on the flight line. They are alternately serious and relaxed, focused on what they are doing yet also, sometimes, displaying the lighter side of their personality. Above, a volunteer at the Museum of Flight in Seattle, Wash., pulls the prop through on a B-25, preparing the engine for starting. Sure, you see effort in her expression, but I see a smile in there too.

At Marine Corps Air Station Yuma, many of the ground and maintenance crews for the Corps' aggressor squadron have been supporting these missions for years. That familiarity, with the pilots and the operations, leads to a looseness without sloppiness and, inevitably, to their personalities shining through. 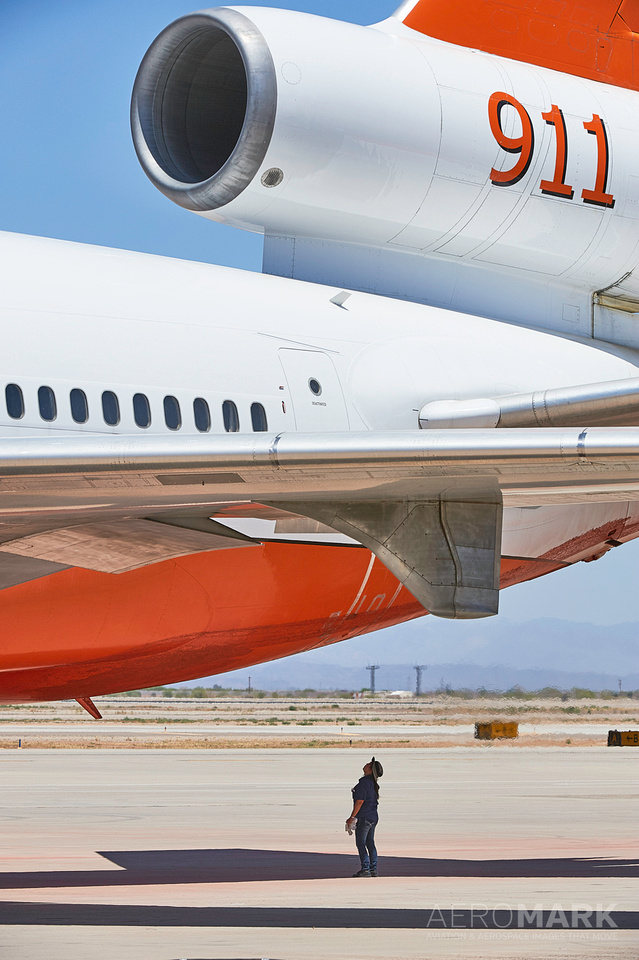 Sometimes it's the scale of things — people versus machine — that catches my eye. This woman, inspecting the firefighting DC-10 "Vicki" between firefighting runs, is dwarfed by the aircraft at Phoenix-Mesa Gateway Airport. 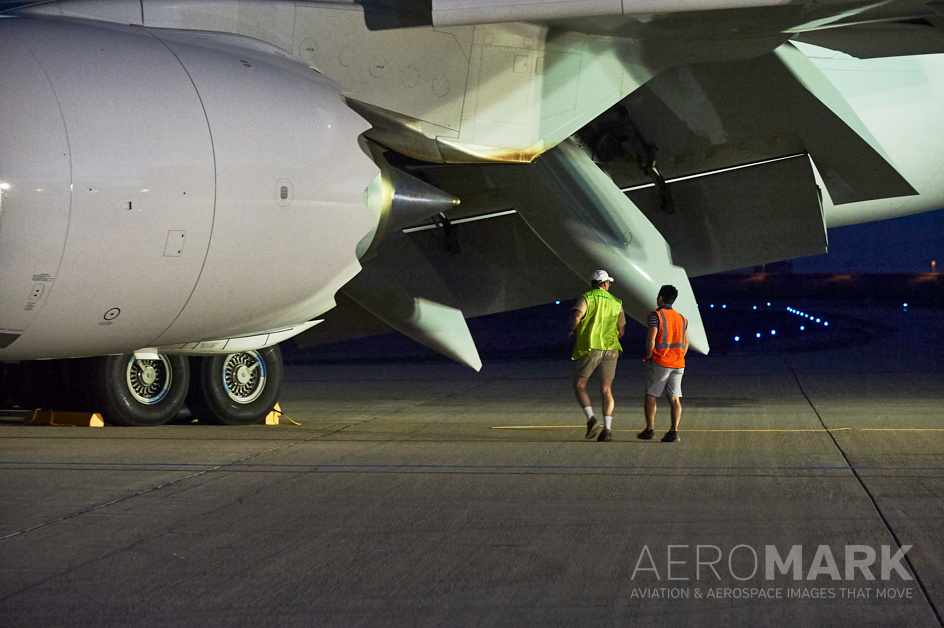 And here, not just the size of the aircraft — a Boeing 747-8F, undergoing hot-weather testing at the same airport — but also the complexity of these machines, is put into context with people in the frame.

When the assignment is a wide-ranging article, or especially an annual report, people and their world should be shown together in ways that tie them together.