The Sky's (Not) The Limit

When the aircraft looks good but the sky looks like nothing, it's not likely you can wait for the ether to improve. If the shot's gotta be got, here are some solutions for coming up with images that do more than fill space. 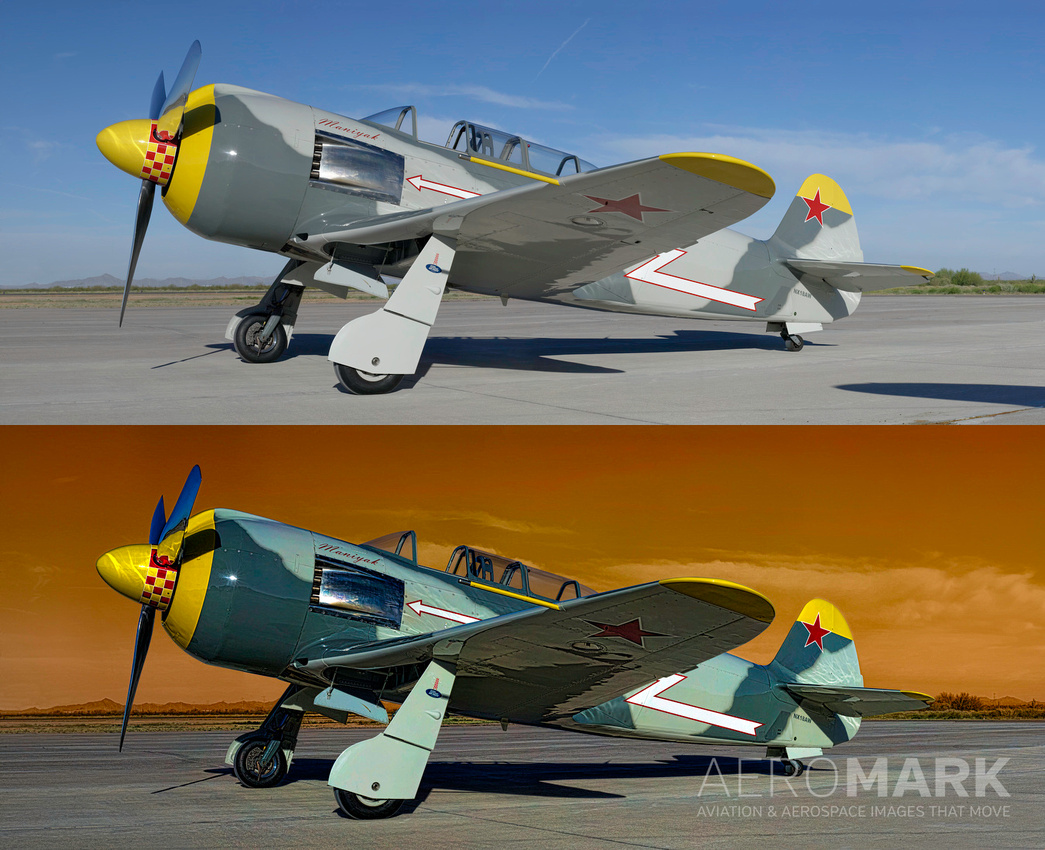 Above, this Yak 11 was the subject of a multi-frame panorama, so it can be printed six feet wide at magazine resolution (talk about a centerfold!), and made from a low camera position for that "hero" treatment, but the sky wasn't much to speak of. So in addition to pumping up the colors and contrasts in the aircraft, the sky got a decidedly bold color cast to emphasize the aircraft. Realistic? Not so much. Effective? It makes you stop and look, so, yes. (Extra points if you noticed that I also removed the remnants of contrails, which I found distracting.)

See the sky just at the horizon, beyond this Adam A500? The gray-blue blah with no clouds? That's what the entire expanse looked like, which means it didn't look very interesting. So I scrolled through my nearly 3,000 images of clouds and skies to find something a bit more arresting. (This was also a multi-frame panorama, good for five-and-a-half feet in a magazine, or 11 feet in a trade-show booth.) 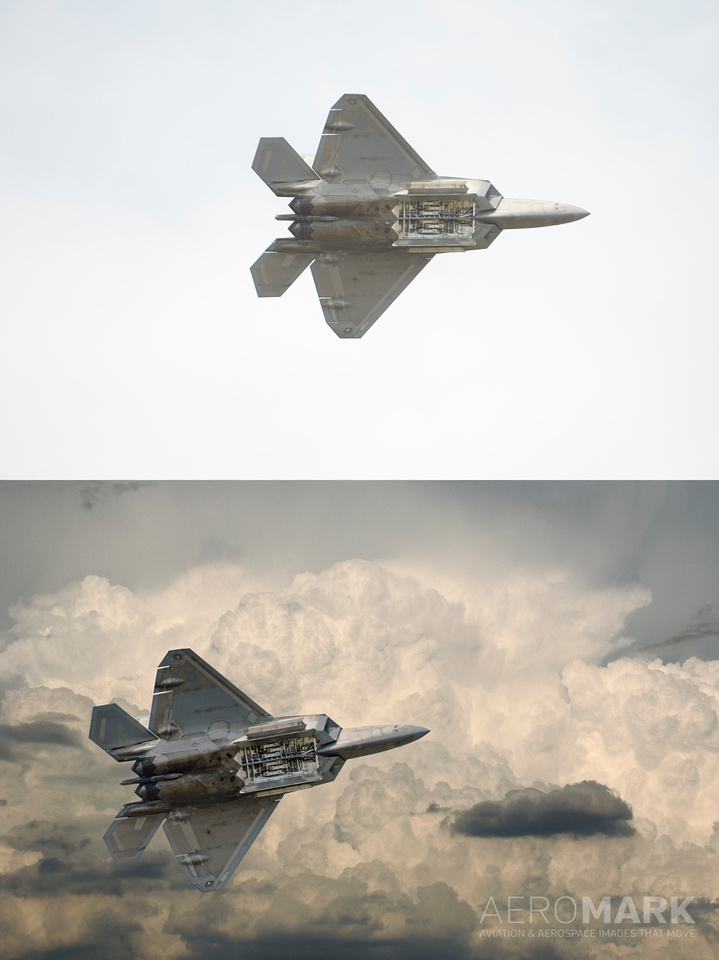 Yes, there is actually sky beyond the original image of the F-22, at top, a thin overcast with almost no visible features. So, back to the clouds in my files, but this time with a little more drama to match the intent of the aircraft. You see also more oomph in the aircraft itself, plus I gave it a little more room to fly into the shot, angled it for visual energy, and though too small as presented here, the exhaust's distortion has been added. 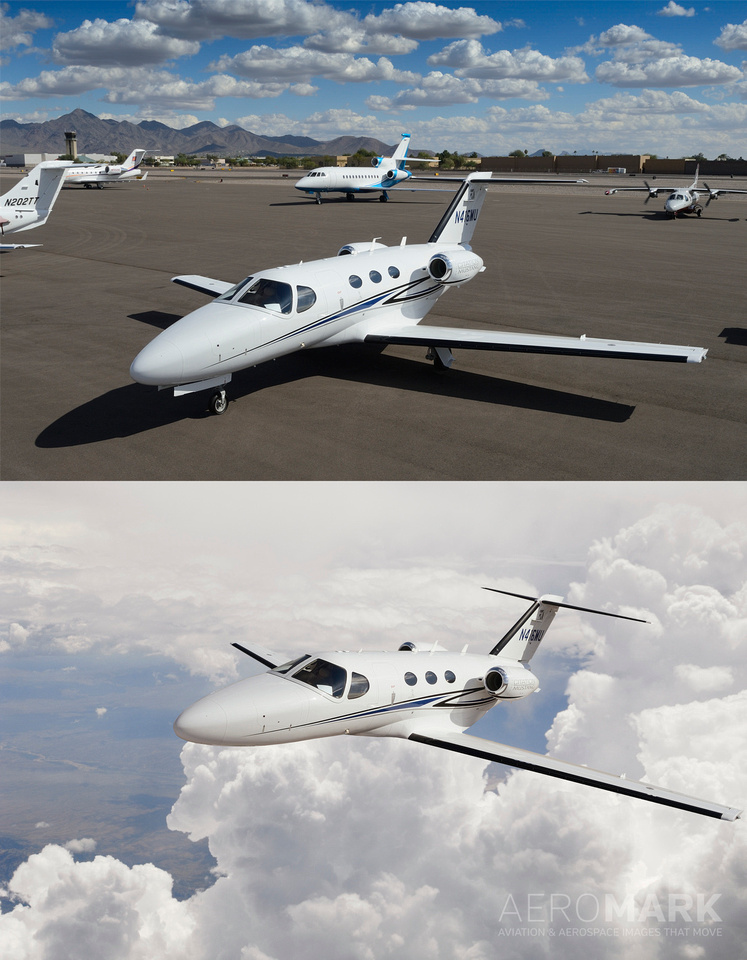 The sky above this Citation Mustang was actually nice, but what worked even better was seeing some sky beneath the plane. Jets are easier to put into the sky, with no rotors and propellers to convincingly blur, but it still takes attention to details. Be alert for pitot tube covers or "Remove Before Flight" tags. In this image, I also brightened the underside of the aircraft — an oversight in many such creations — and I even "adjusted" the elevator from its parked-on-the-ground setting.

Note that in all of the above images the sky was chosen to complement the aircraft, to appear with a coherent direction to the lighting, and to share the same color temperature. Even the Yak seems reasonably realistic, if unusual…