How Much is Enough?

I was standing outside the fences southeast of Naval Air Facility El Centro, conversing with friends, enjoying the mild weather as I let the clock run up to 10:30 when I'd move to inside those fences. A thrum rose from the south, a sound I'd heard many times before but not yet on this morning. Against the frosted buttermilk sky an RAF C5 Hercules was turning crosswind for runway 26. I grabbed my Nikon and pointed a big lens at the banking Herc'. Click. Click. Click. Click.

Four frames in I re-evaluated the camera's settings and figured I'd better make a change. Just above, you see frames four and five, un-retouched. Yes, I captured the aircraft as large as that lens would allow, and with an appropriate shutter speed to balance blade blur against the blur of the oncoming bulk, but I needed more light. Without even reviewing an image, I knew I needed more light.

I quickly set the camera to quadruple the amount of light its meter had determined was appropriate. The result may seem, at first, weak. Washed out. Overexposed. But here's why I made the change.

This is how the image preparation software I use automated its adjustments of frames four and five. Already we see better overall contrast.

Next I tweaked those initial, automated, settings with brightening, contrast control, and recovery of the deep shade side of the aircraft. There was about a four-second pause from four to five, as I effected the adjustments and reacquired the subject in the viewfinder, so the background shifted to something more visually appealing, but perhaps there is, otherwise, little to distinguish the two, quality-wise?

These images, cropped from the same frames four and five, reveal how the shaded fuselage is a bit more visible in the latter, with perhaps a bit more clarity overall?

Further cropping, thus enlarging, really tells the story — frame four required a harsher application of that shade-side brightening, which still failed to reveal all the detail available there, plus it exacerbated the digital noise and the details throughout are also much softer.

Each pair of images is zoomed to the same percentage so, of course, the aircraft appears larger on the right, but the extra clarity is not due to the reduced camera-to-subject distance (it would be an additional 20 seconds before that distance was reduced to its mere altitude above me). More importantly, by showing these at the same zoom level the intensity of their respective noise levels is accurately revealed.

The question posed in the headline was "how much is enough?" The answer is, sometimes too much is just the right amount.

Here's a P.S.I. (post-script image): Twenty-seven seconds after my fourth exposure, above, the C5 has passed me, having combined the crosswind and final legs of its approach into a swooping, descending curve. What a difference a half-minute makes — blah skies and strong backlight are now blue skies and soft sunlight. 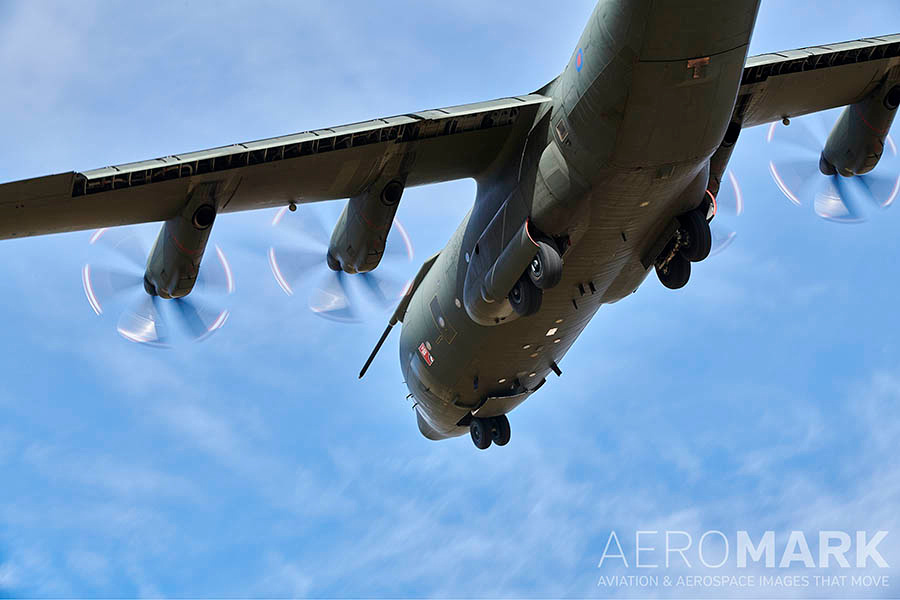