Piecing Together the Past

It was December 21, 2016, that the USAF retired its final F-4 Phantom II from service. I was covering the event for a magazine but the day allowed time to create more than run-and-gun photography. This first image, then, is one piece of a puzzle I began on the ramp at Holloman AFB, New Mexico. Not much to look at, right? 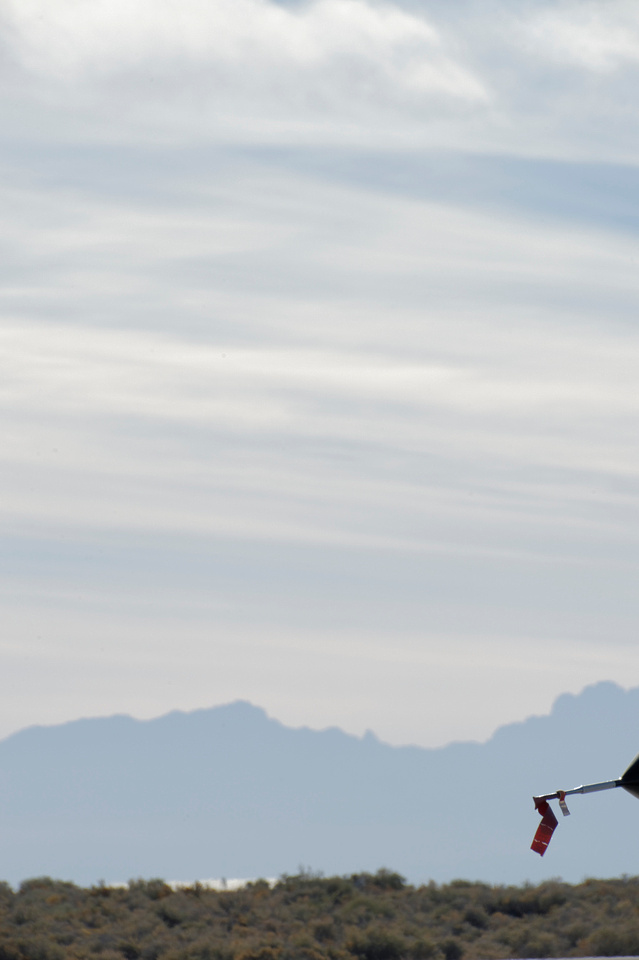 Here's a view of the puzzle in pieces. I set my tripod low and used a very long lens to capture 18 overlapping images of that final aircraft, a QF-4E. It looks a bit of a jumble in my cataloging application, but will come together eventually. 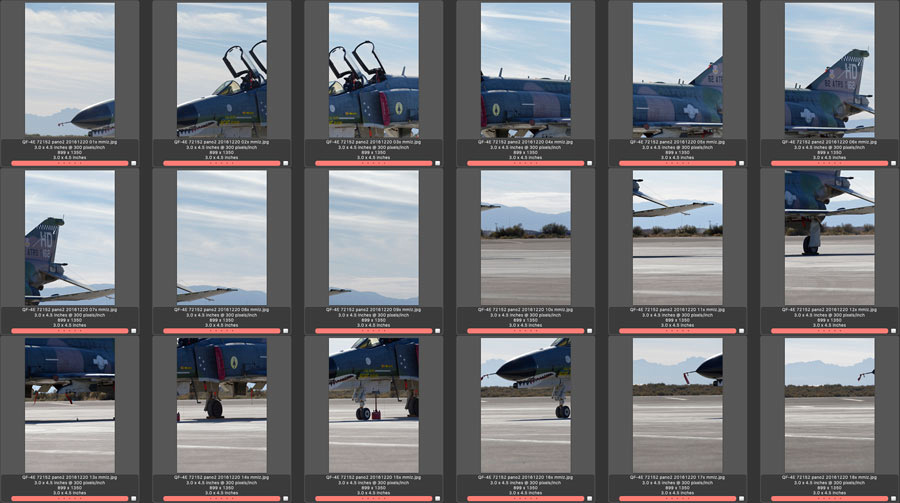 This next one's a bit more pleasing, isn't it? Run the video and you can see that I wasn't using my normal gear for creating panoramas, as the captures follow a bit of an arc, rather than bang-bang-bang in perfect horizontal rows. Still, I can work with these just fine.

Here we go. All put together, though a bit dull because of the high, thin, clouds and the sun shining on the other side of the aircraft. (Composing from the sun side of the aircraft, however, put buildings and unrelated aircraft into the scene, so this view is preferable.)

I could now work on punching things up in contrast and chroma, but decided, instead, to develop the final in monochrome, adding drama and, I believe, creating an image more fitting of the occasion.

A piece of the puzzle not obvious in the image is my own history with the Phantom — my father flew an F-4 in the war over southeast Asia, but passed away when I was a teenager, 42 years before this momentous day. I recall his enthusiasm for the aircraft and, in no small measure on this chilly December day, I was mourning not just the passing of a great airplane, but also my dad.

Gary Edwards(non-registered)
A striking result, Mark. Well done!
No comments posted.
Loading...
Subscribe
RSS
Recent Posts
The Frog in Your Hand From One, Many Too Many and Not Enough Background Players Opening Wide Up up up Not So Show-y Shooting the Hero The Long and Short of It Move Close and Say Aaah
Keywords
photography aviation technique composition helicopter airplane aerospace background focus Arizona
Archive
January February March April May June July August September October November December
Unless marked otherwise, all images are copyright © by Mark Bennett, all rights reserved.
User Agreement
Cancel
Continue