I came back from an air-to-air photo shoot with plenty of good images, but one image didn't look so hot. What it looked was dark. Deadly dark almost to the point of featurelessness. And I know why (hint: it was on purpose). 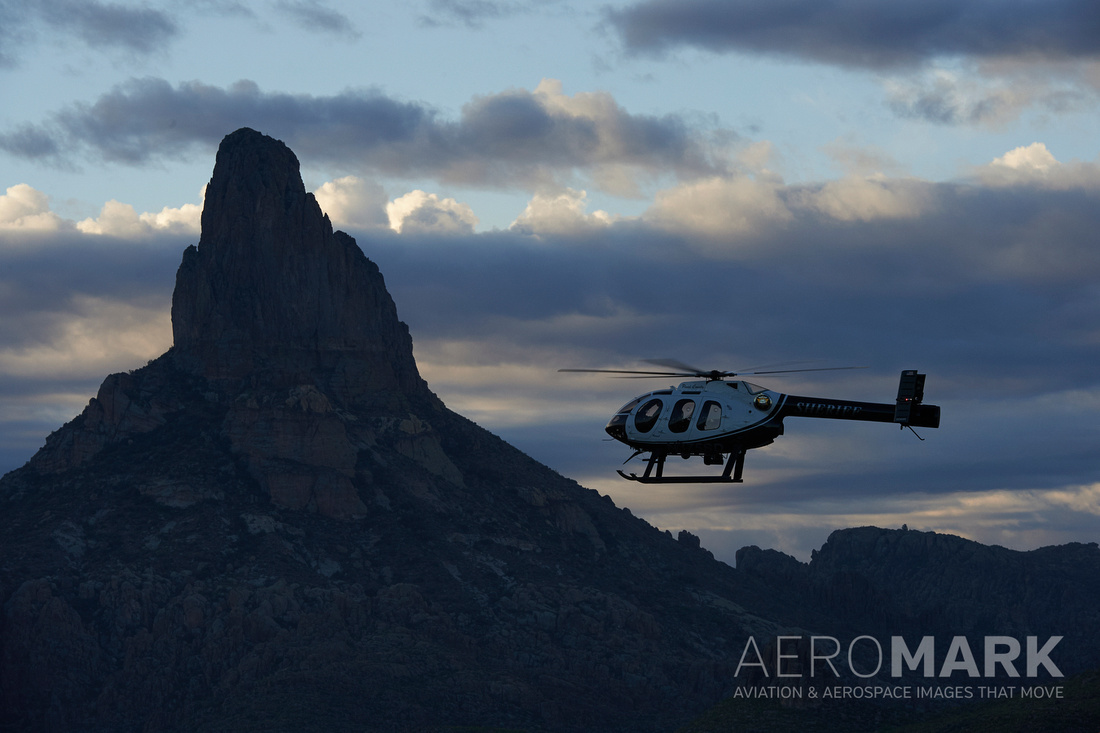 The flight started before sunup and as we cruised toward an intended location, we were passing this dramatic topographical feature. The sun had not yet crested the mountains to the east, however the clouds had a head start and their peaks were already brightly illuminated. That presented me with a challenge — how to not lose all detail in the clouds while retaining enough of my subject and the midground to later create something dynamic. So, I exposed the image darker than the camera was inclined to. It looks pretty bad, doesn't it?

To head toward that dynamic result, first I lightened the overall image without, as we say, "blowing out" the highlights in the clouds. This reveals the details that had appeared nearly black but overall the effect is probably worse than the original. Take a look. 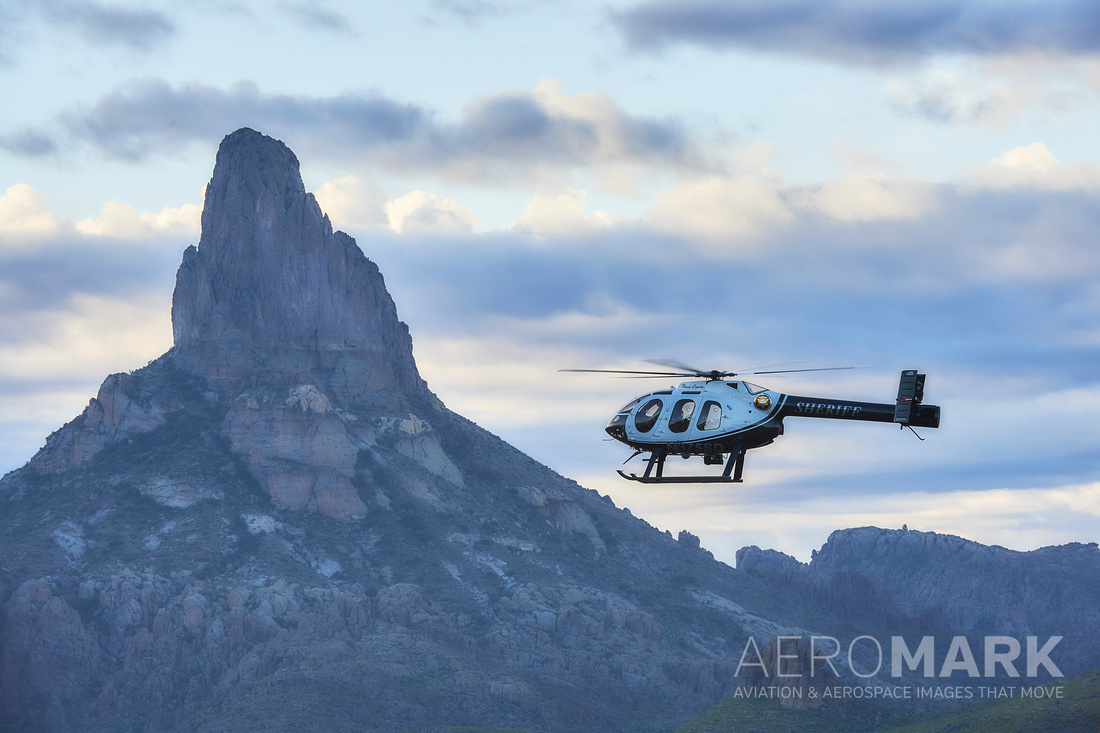 The aircraft now stands stark against a dull, lower-contrast sky above hazy terrain, with everything tinted blue. To make an omelette…

Next I selected an element of the image I knew to be neutrally colored and sampled that element to "correct" the blue — that element might be the skids or the spotlight, maybe even the white paint. I say "correct" because the colors we see, above, might be technically accurate, but they are not effective as an attention-grabbing and -holding choice. Here's what I got by shifting away from the blue and also increasing the contrast. That's looking much better! Still, I think it can be even more dynamic, if even less technically accurate, so I further increase the saturation and got this. 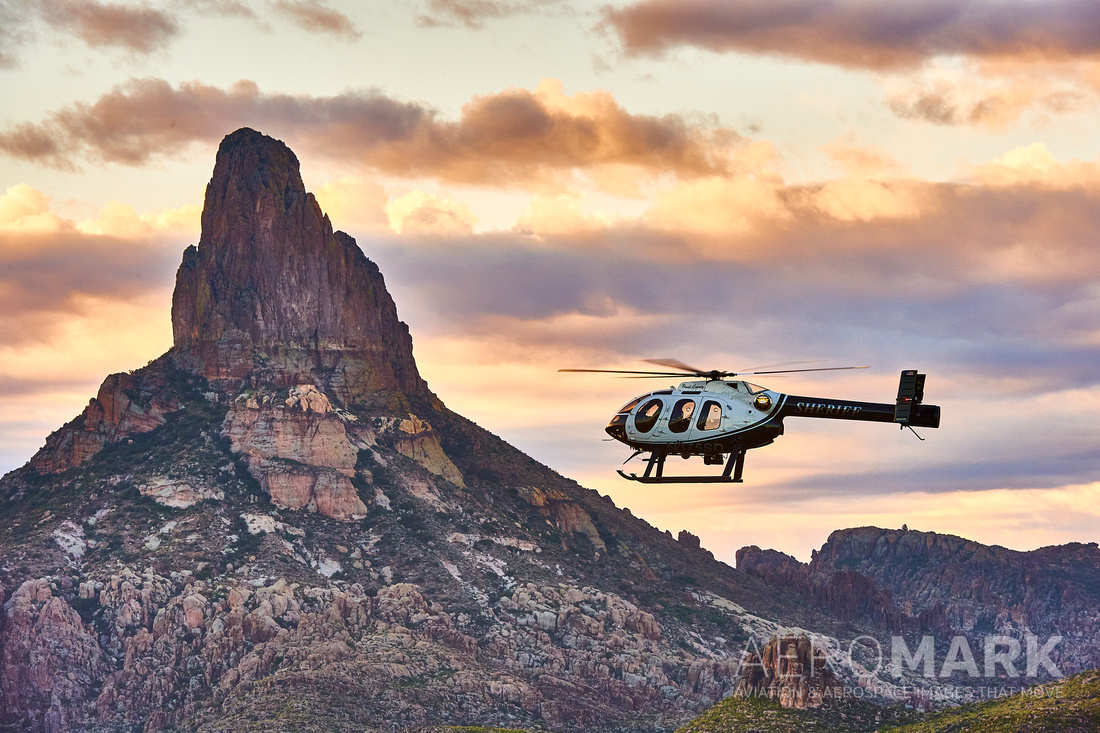 I hadn't even noticed the green grass in the lower right corner until I made that change. One more tweak and I called it done — a little judicious cropping to enlarge the relative size of the aircraft in the scene. 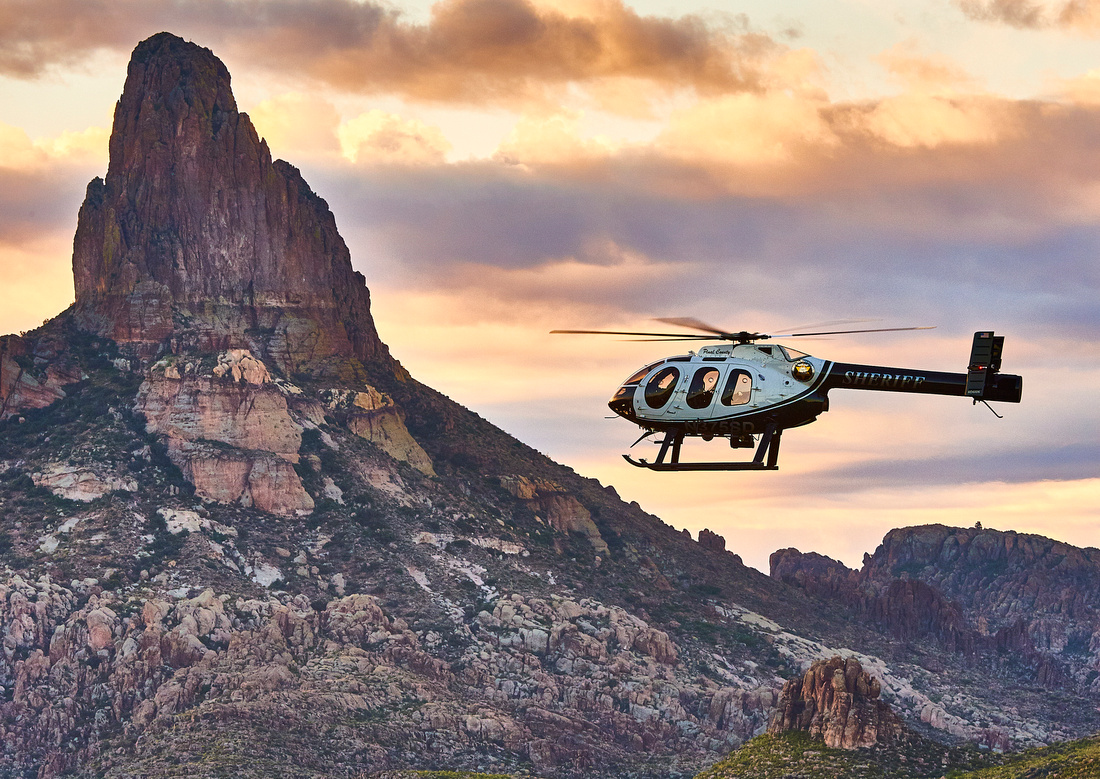 The final is dynamic and eye-catching, job one for a photo in service of marketing — first the reader must stop, then they can see your message.