This first image was posted to Wikipedia (not my photograph, I'll point out) and shows, very clearly, a Eurocopter (now Airbus Helicopters) AS350. The "wrongs" for which I submit this for your review are the rotor blades. It could be surmised from the crispness of those blades, main and tail, that this aircraft is falling from the sky. This is a result of the camera settings, common among less experienced shooters: using a very fast shutter speed (in this case, 1/4000 of a second!) to prevent blur. Well, they achieved that, but the result is too much prevented blur! (BTW, there's a link to a fascinating video related to this topic at the bottom of this page.) 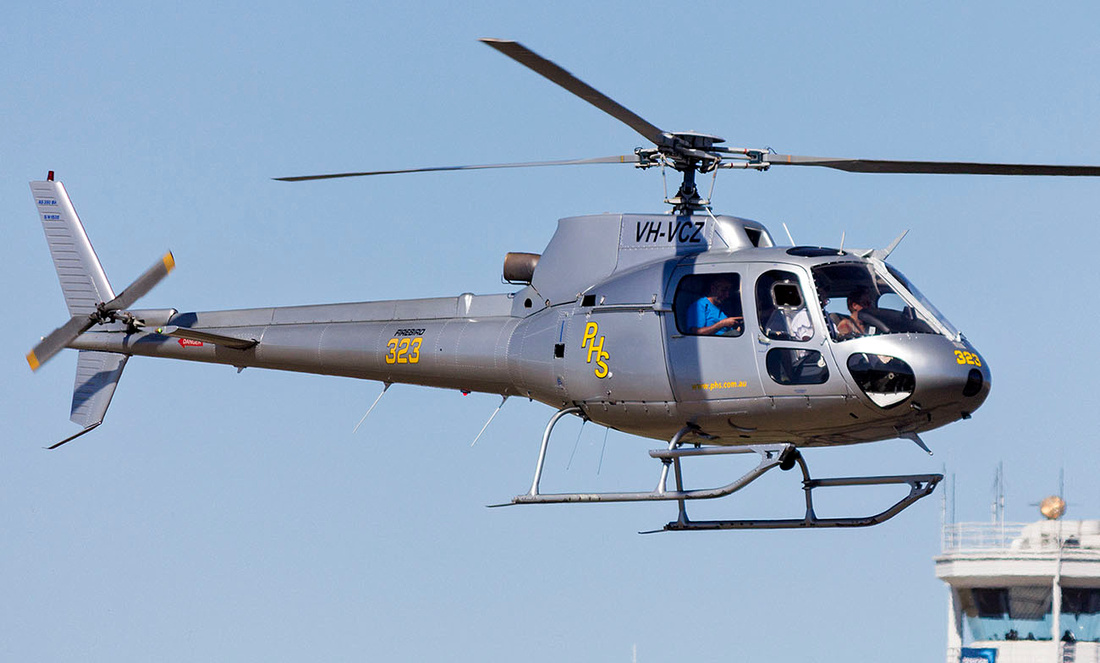 Photographing helicopters is more challenging than shooting most other aircraft for several reasons — chief among them is "rotor blur" and the desire to see it. Because of the diameter of a main rotor disk, and the need to keep the blade tips below supersonic speeds, those blades rotate much more slowly than the blades of propeller-driven aircraft. This requires a slower shutter speed to give the blades time to move, at least a bit, through their arc during the time the camera is grabbing the image. When the shutter visually stops the blades, the viewer sees a helicopter with, well, blades that are stopped. That's not a good thing in helicopter operations, nor in helicopter photography.

This next image was shot at 1/125 of a second — 32 times slower than the above image! The result is plenty of rotor blade blur to indicate the aircraft is under power. But it's not easy to get these results. The challenges I alluded to include the long focal-length lens typically used for air-to-air helo work, which magnifies every jiggle in the photographer's hand, plus that hand is attached to a photographer who is being jiggled by the camera platform (another helicopter). And I can tell you from countless blurry images captured in my own camera, the jiggle or bump in the platform always seems to manifest just as I'm pressing the shutter release. Plus, don't forget that the other aircraft is also moving and is experiencing its own jiggles and bumps. 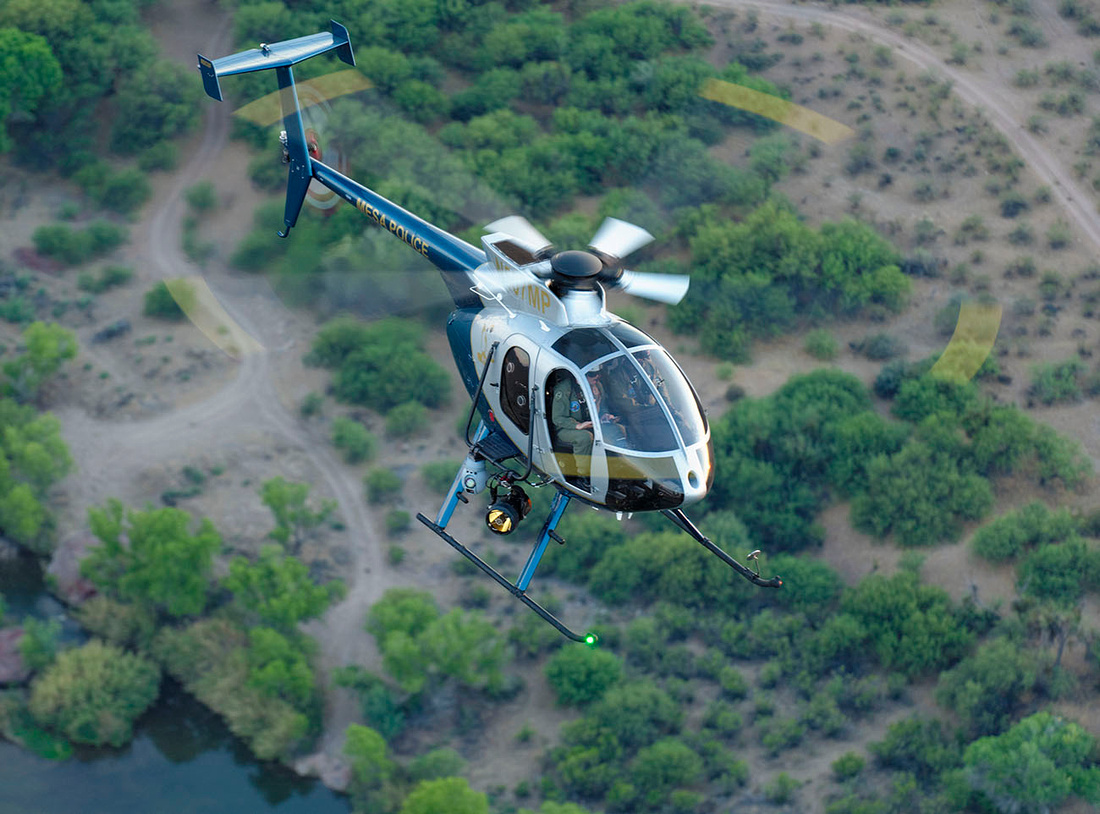 If you want that glorious full-disk blur so popular (and rightly so) in prop-driven airplane photography, you have to go really slow! This next image was shot at 1/8 of a second — a further 15 times slower. These are a real challenge; a melding of solid technique, smooth air, proper equipment, and good luck. The result? This aircraft is not only not falling, it's hustling along, with some place to be, getting there fast!

To a naked eye, rotor blades in flight are always blurred. But the camera isn't an eye — it's a machine. So, think carefully about shutter speed when photographing aircraft, because what you get is not always what you see.

Speaking of seeing, want to see the effect of short shutter duration combined with perfect timing? Click here to watch a YouTube video.

Upper photo credit is to Bidgee, per Wikipedia. The lower images are, of course, by Mark Bennett.