Aviation is inherently moving. The machines, the people, even the backgrounds, seem destined to be seen in motion. Effective images of those machines and people, in or against their backgrounds, are not always wrought by fixing each and every detail in sharp relief. Sometimes, you gotta go with the slow. 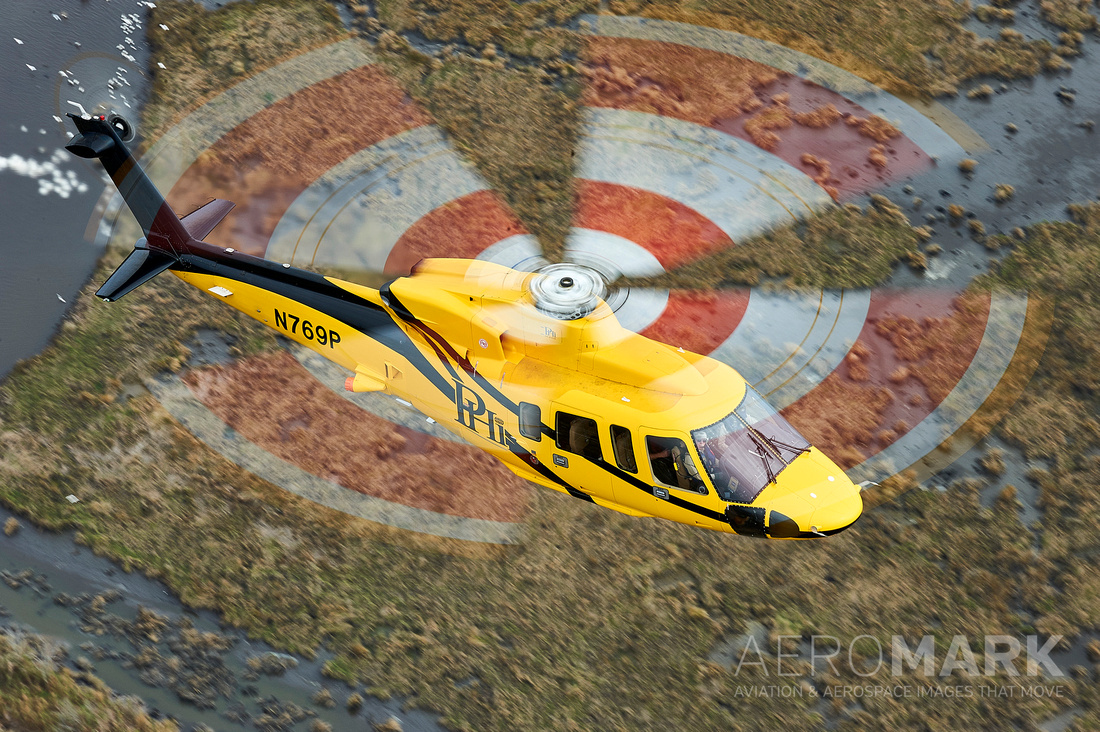 The Sikorsky S-76C++, above, is captured against a southern Louisiana background that is blurring beneath us. Yes, the aircraft is rendered sharply, but having that blurred background spells motion. Direction.

Good. Done. It's what we expect.

An MD 530F heading for a landing at Gillespie Field, California, below, is another such example, though it is more difficult to make this shot. If the aircraft had been hovering, otherwise motionless, that would be one thing. But tracking an aircraft with a slow shutter speed is, frankly, more difficult to do successfully than hanging out of one helicopter and capturing another. (The secret? Practice, practice, practice.) 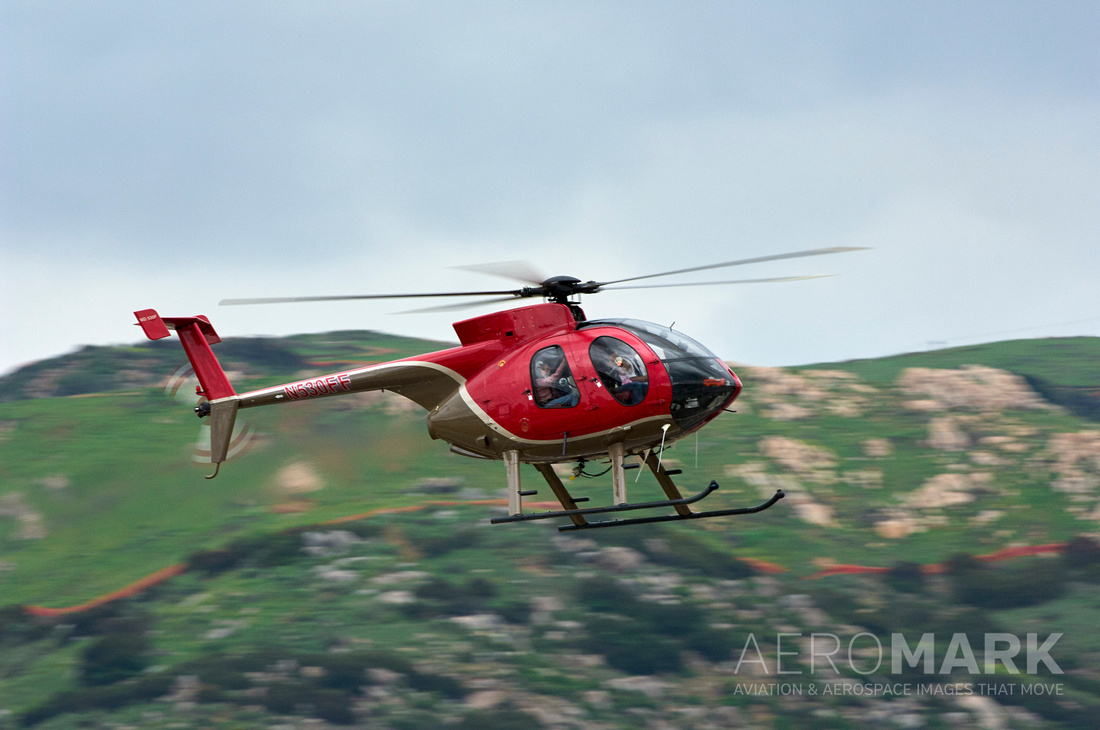 If you are telling a story of speed that doesn't require a rivet-sharp aircraft image, you can let the background be sharp and the aircraft go speedy blurry. This is Nellis AFB during a Red Flag exercise, when assets from other branches of our military, plus aircraft from other nations, train together. This photo is more about the base and not the particulars of the aircraft, but in a more compelling composition than one just like it but sans Hornet. 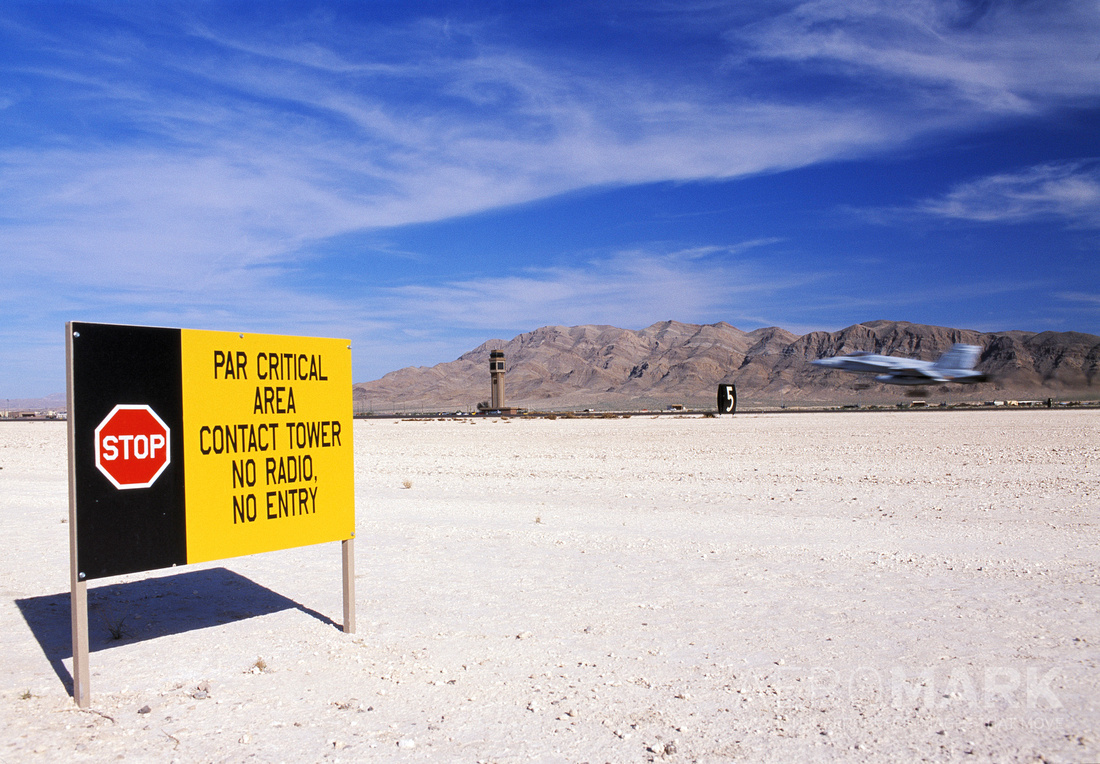 Of course, it's not just aircraft that move. People and equipment make their way through the world of aerospace, and illustrating that motion can give urgency to what might otherwise seem static if rendered crisply in all detail.

This next image follows a mechanic and his cart o' goodies as they traverse a hangar at Chase Field in Beeville, Texas. It was pre-dawn, so the only light was from overhead sodium vapor floods. Not only is that light an unsightly orange and deficient in some colors of the spectrum, but there's not a lot of it. Still, a slow shutter speed with careful panning and you have a picture that says, "I've got places to go." Plus the blurred background elements don't compete for attention the way they would if all were static and sharp. They aren't the story, except as environment, so this approach diminishes their power without isolating the action from its locale. 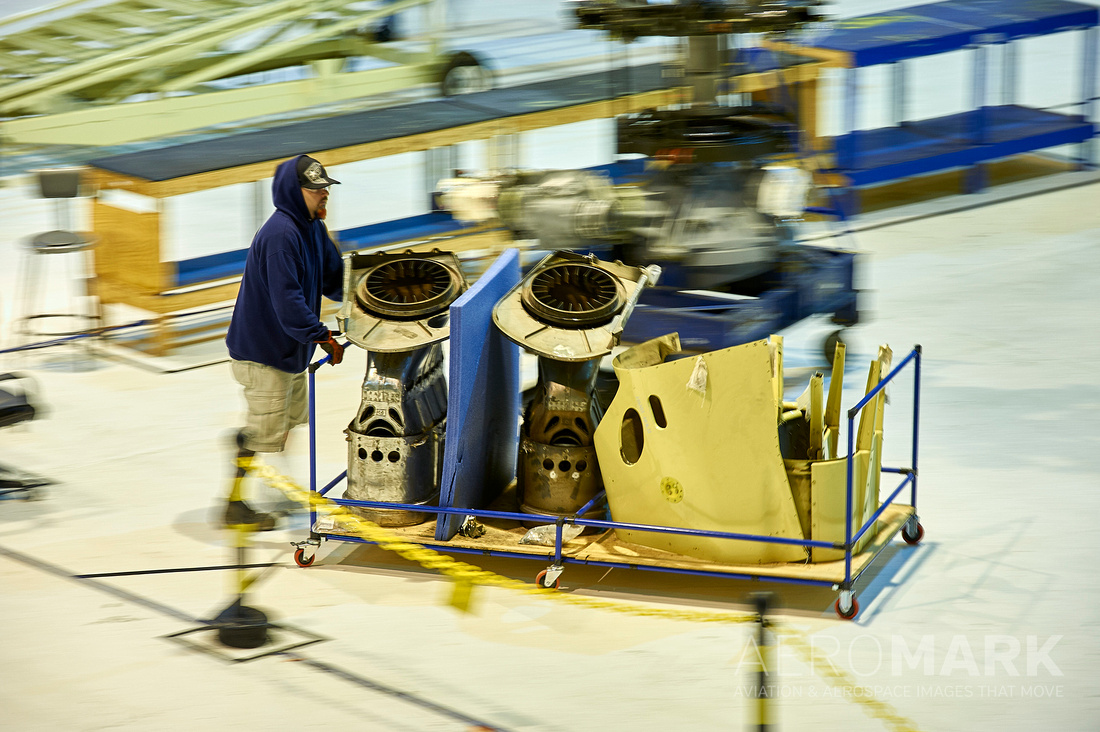 Once in place, leaving the camera static allows the mechanic's motion to now say, "I have things to do." The sharp-eyed among you will have noticed how, despite the slow shutter speed, even the garbage cans at the top of the frame are not in focus. The low light levels allowed both a slow shutter speed and a large aperture (meaning, shallow depth of field), a pairing you can seldom achieve outdoors. 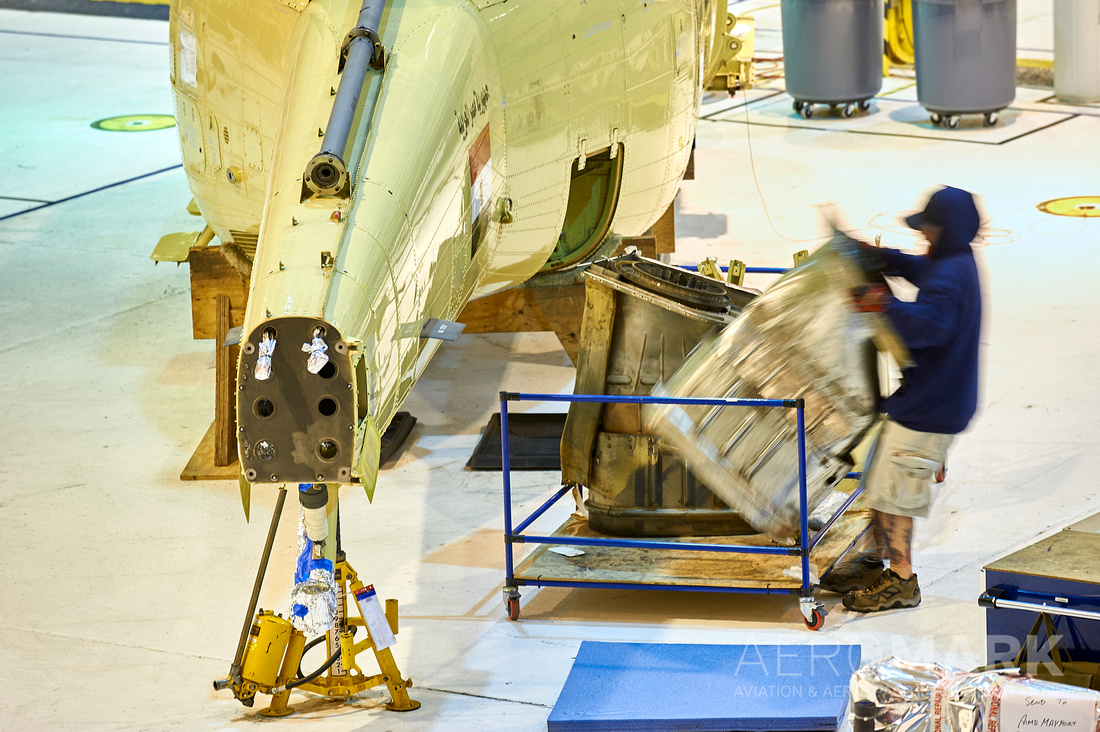 As in all photography, the purpose of the images must inform the choices you make. What you render sharp, what you let go soft, and that which you choose to blur, are such choices. Make them wisely in support of the story you are trying to tell.