When a photographer presses the shutter release, they are making myriad decisions how to capture the scene before them. The most obvious decision is: what is to be visible in the photo.

Scores of books and hundreds of online articles discuss composition, and there's plenty to think about on that subject. But most advice about composition concerns where to put the elements within the frame. An important, but often overlooked, corollary is what to leave out of the photo altogether.

Why leave something out?

So that what you leave in has more power. 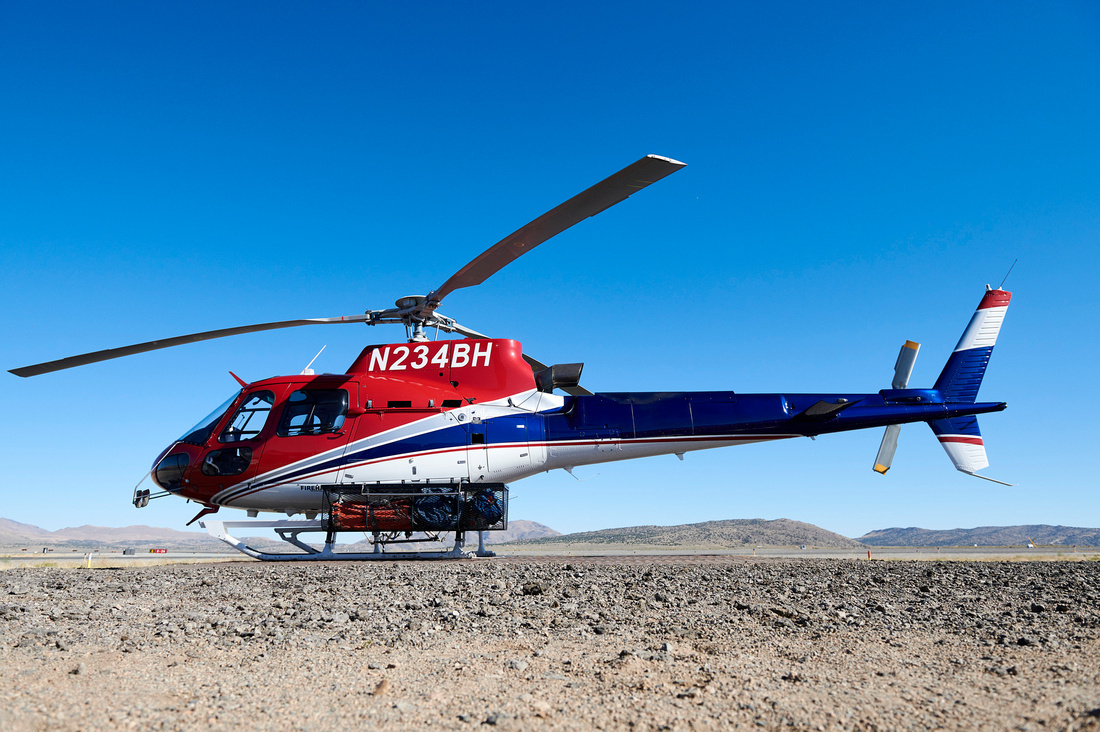 For example, here is a perfectly useful photo of an AStar at Reno-Stead Airport. I was on assignment for a magazine and this was one of many, many locations I visited to capture aircraft involved in wildland firefighting. This AStar was just waiting for a call.

Notice anything unusual about the aircraft? Sure, it has a cargo basket and some mirrors on the nose, but unless you're particularly eagle-eyed, and familiar with it, you may not realize it is equipped with the FastFin system from BLR Aerospace. Maybe cropping will help? 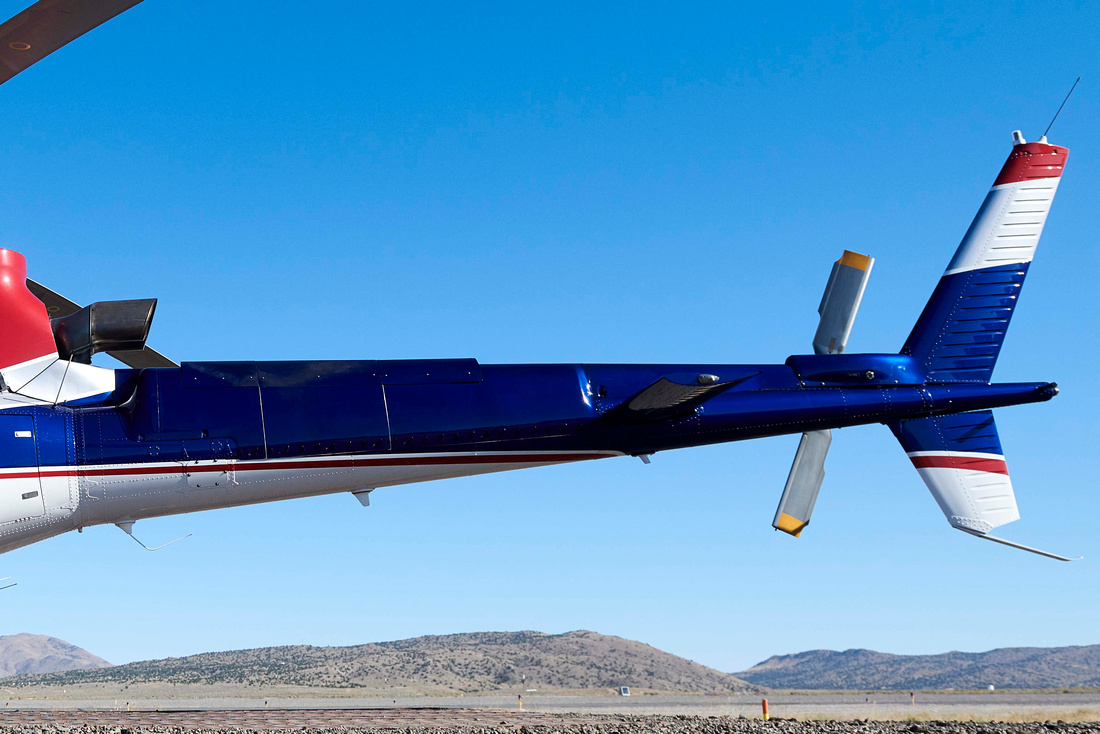 Do you see it now? Maybe? Cropping — leaving out the forward half of the helicopter — helps if you know what you're looking for, but even here the features that yield the benefits of the system are merely visible without helping a viewer understand the workings. Also, this is not a very "attractive" composition, whether for attracting views or concerning aesthetics. 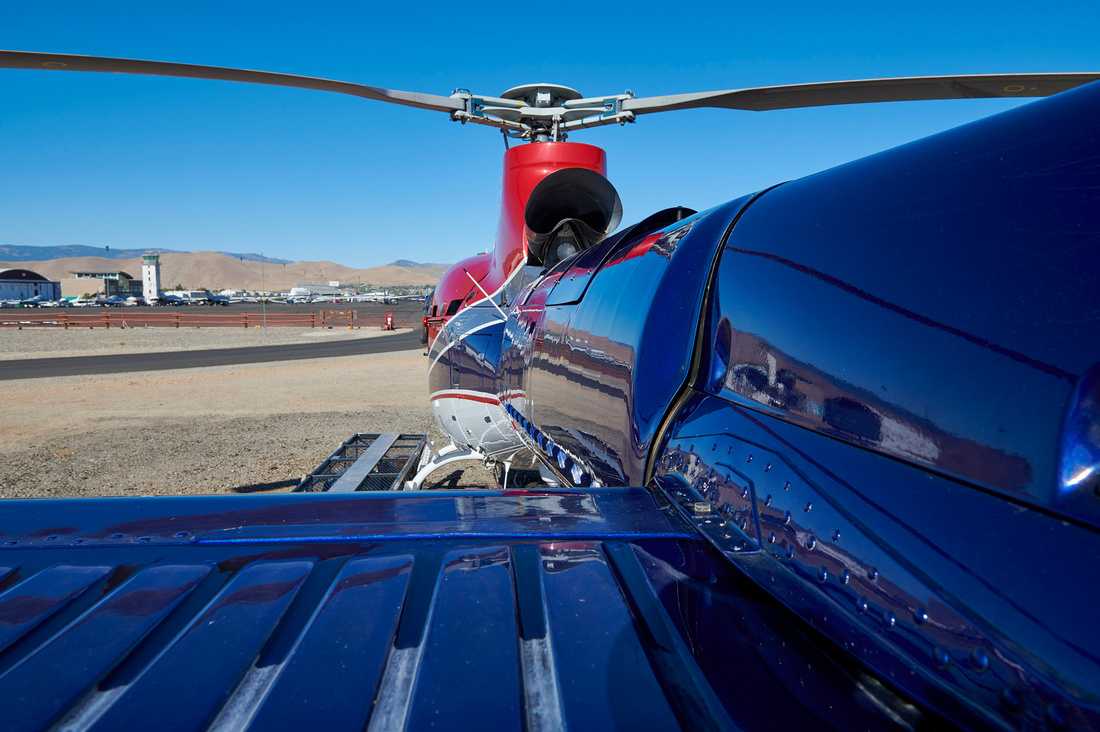 Are the FastFin components recognizable now? Yes they are. From this angle you need not only be less of an AStar expert to notice the new shape of the tail boom forward of the horizontal stabilizer, but the major features of the system are represented and their functions easily described. We are not including, in this view, much of the aircraft, but we don't need to show the entire aircraft to know what it is. We're showing less but communicating more.

That's a straightforward illustration of this concept. Here's another example, from another assignment (this story is, at the time of this writing, not yet on press). 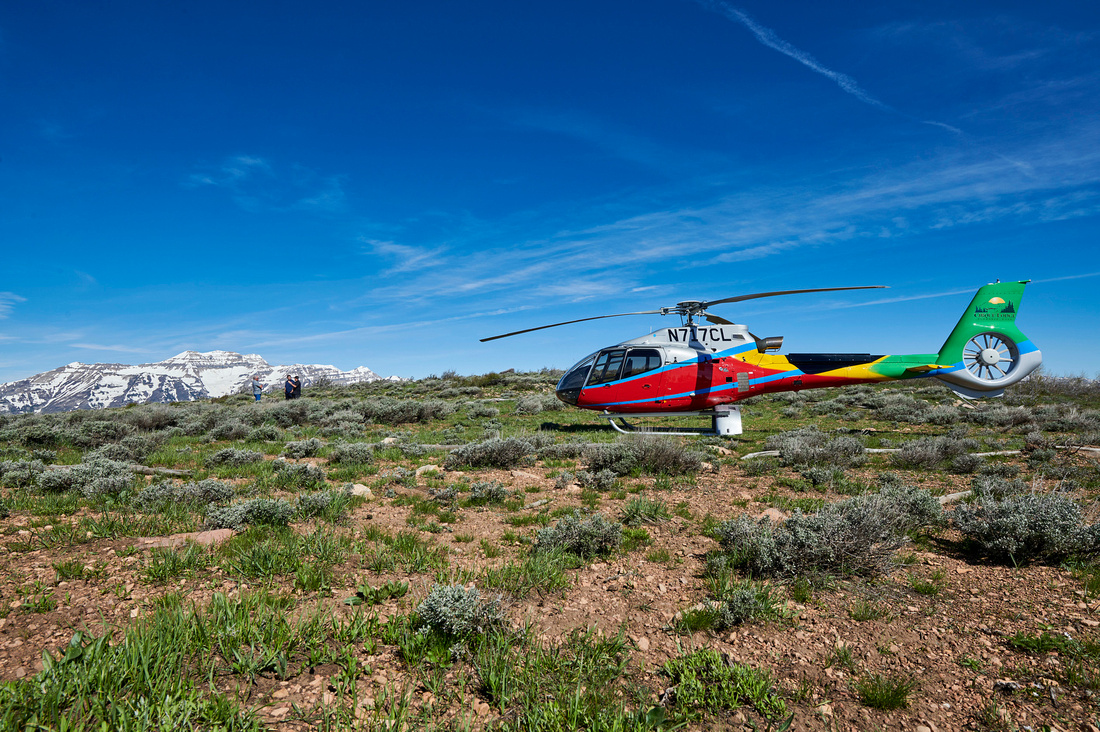 I'm up in the Wasatch Range southeast of Salt Lake City and have captured another perfectly useful photo of a helicopter, this time an EC130. I've included much of the scenery in this photo, including foreground and background. That's good. And though the image below is similar in composition to the close-up of the AStar, it was composed this way for a different reason. 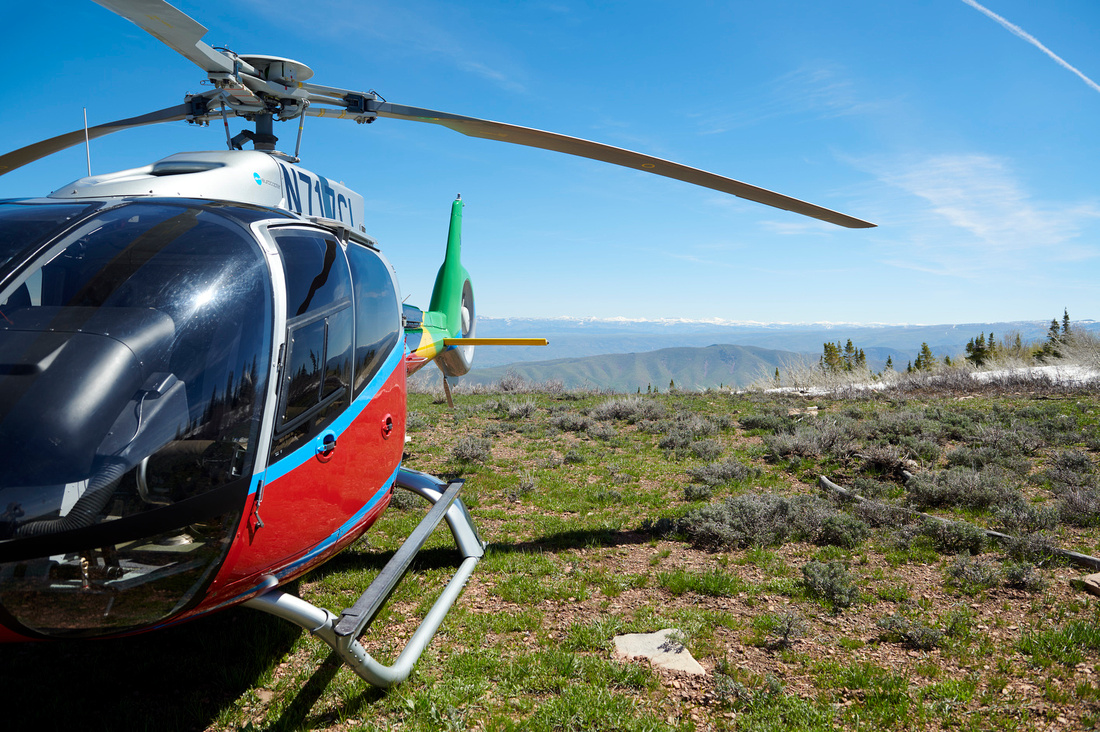 Compared to the first shot, this one also shows the aircraft in the mountain environment, but in a way that emphasizes the aircraft. (I also liked how the trees, out of frame to the right, are reflected in the glass of the aircraft.) Notice that I cut off the EC130's nose — which otherwise would result in the aircraft taking up almost the entire composition — without reducing the importance of the aircraft or the scenery. Win-win! 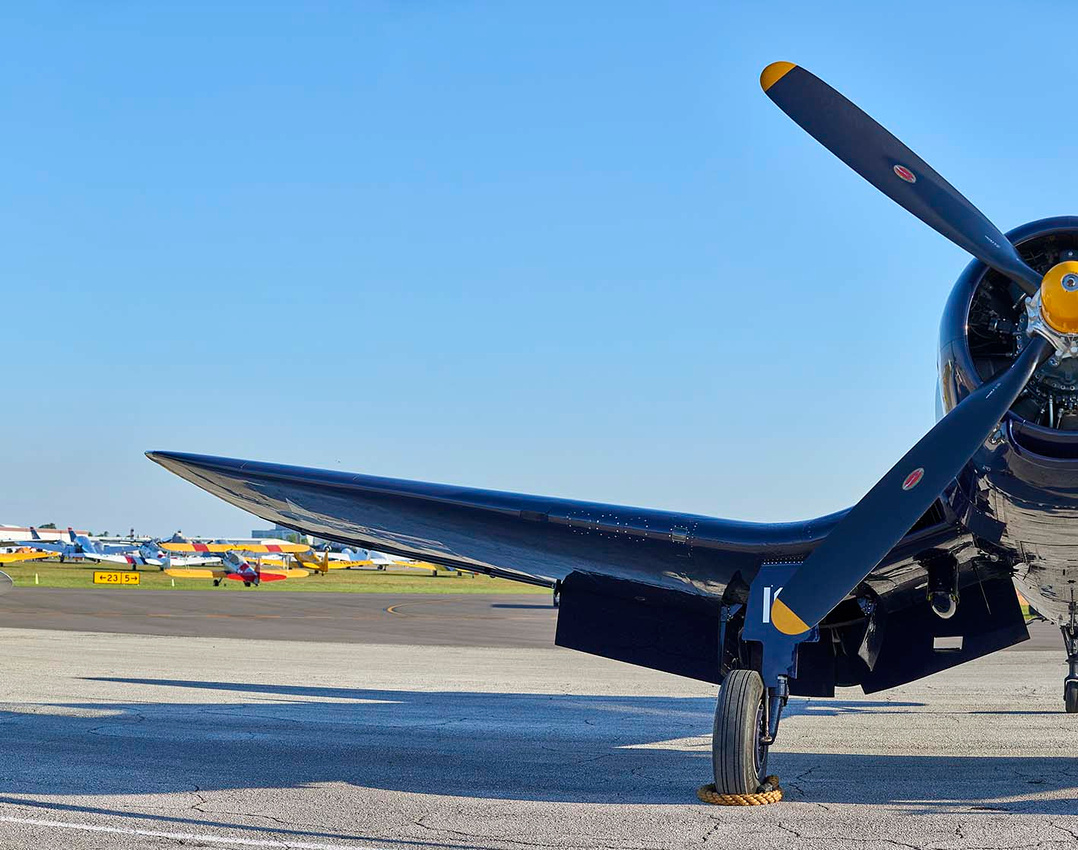 This F4U Corsair is neatly cut in half, yet viewers are not confused about what the other half looks like. They understand it is a mirror image of this half. By not showing both we might, thus, accomplish a couple of things.

Right off the bat the image catches a viewer's eye. It's unusual to see an aircraft cut, photographically, in half.

Thus, the aircraft is also larger on a page or on a screen. It has more "presence." To fit the full width of the aircraft would mean, essentially, reducing its "size" by 50%. (For example, the diameter of the engine would be only half of what it is here.)

And in conjuring up the other half, mentally, a viewer is spending more time with the image. More time with what you're communicating. (This was at Sun 'N' Fun, by the way, where I was gathering images for my various stock collections.)

Next is an aircraft I encountered at a fly-in at a remote airport in Arizona: an Adam A500, serial number 009. 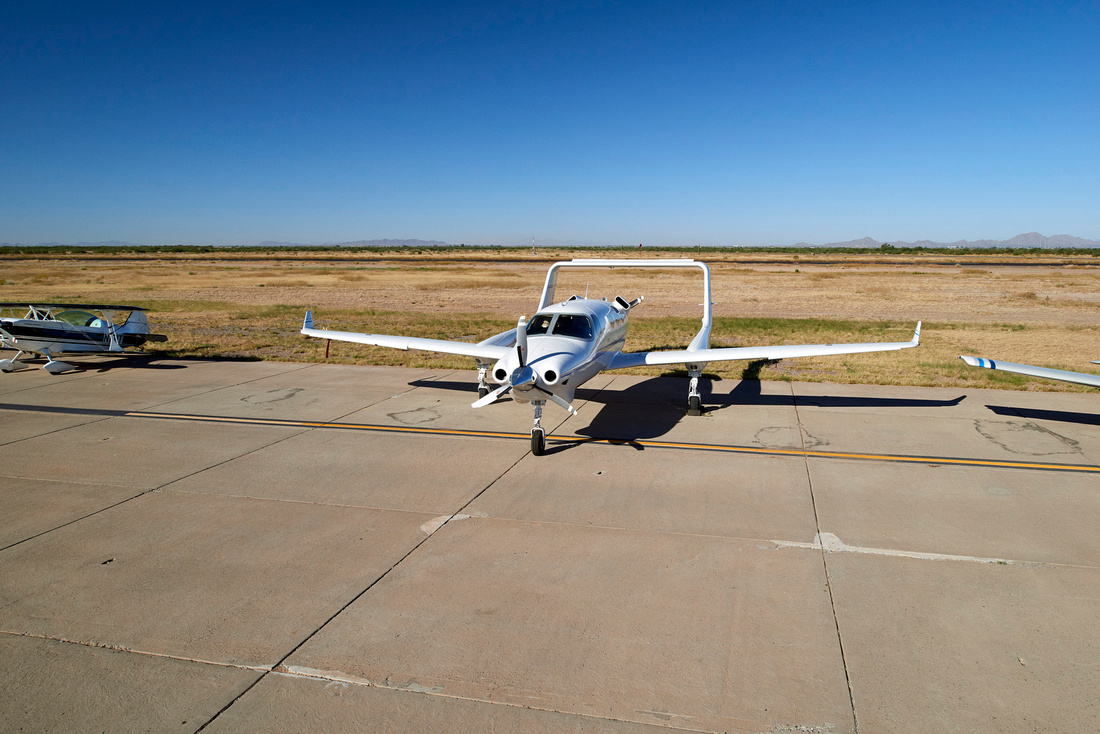 I for-sure wanted to capture this high-angle shot to show off the unique layout of the engines and airframe — a low-wing push-pull with that high horizontal spanning the tops of verticals that rise from twin tail booms. I got the shot, but with bits of adjacent aircraft and distracting imperfections on the ramp. So, time to crop. 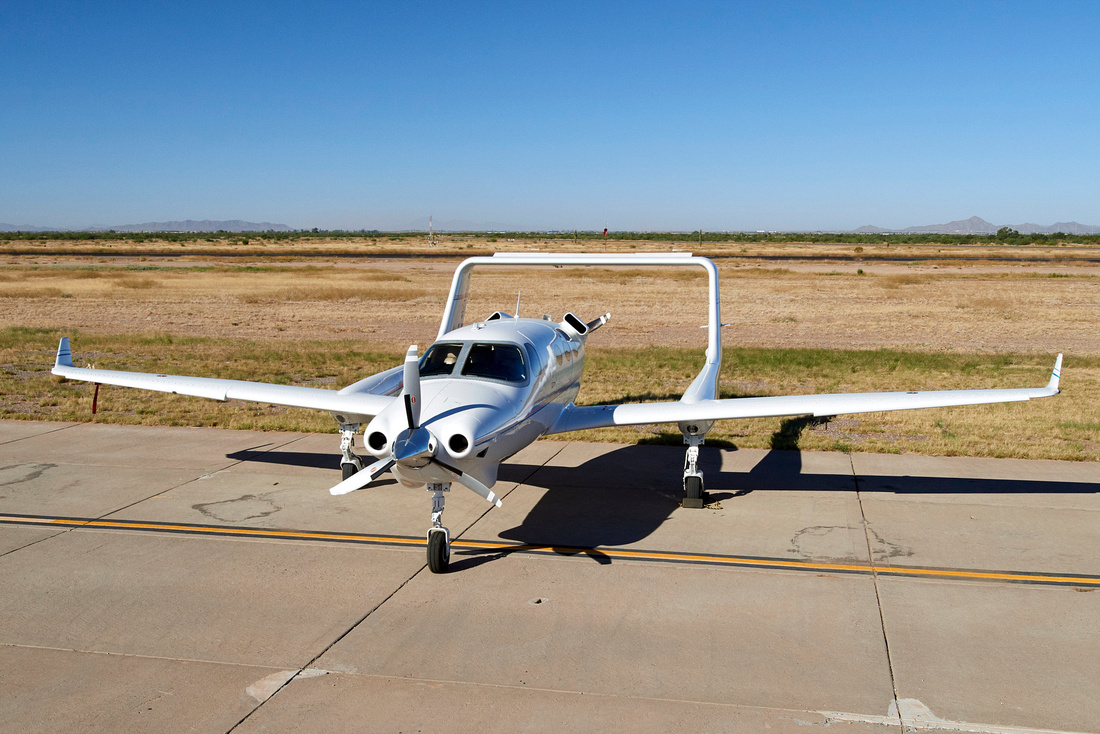 This is better, but the composition is a bit dull and there are still those stains and repairs on the ramp. How to show less without losing sight of the key features of this aircraft? 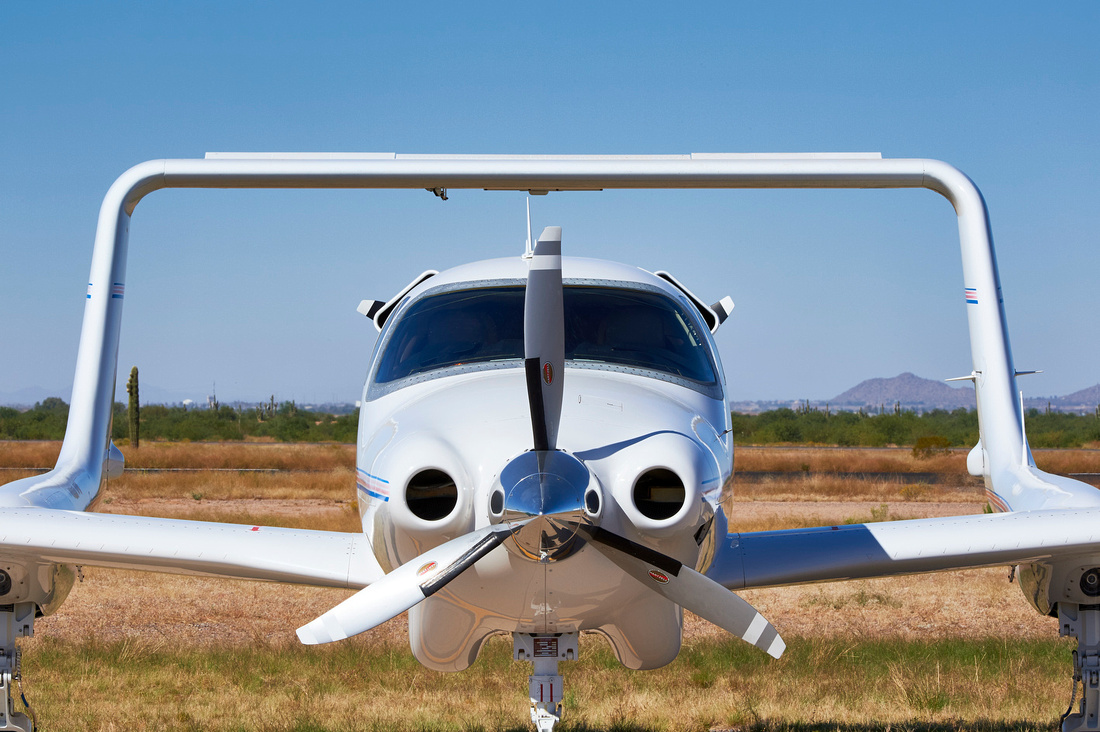 Like this. Lots of improvements here. Twin tail booms with a horizontal stabilizer connecting the tops of the vertical stabilizers? Check. Push-pull propulsion? Yes, though only the tips of the aft propeller are visible. All that's missing are the winglets, which are not an unusual feature these days.

Not only does this composition entirely avoid the ramp, it naturally, graphically, grabs your attention. Plus, the sky now plays a more important role here, bisecting the frame and, ever so slightly, suggesting potential flight better than seeing the aircraft parked solidly on the ground and the sky untouched by the aircraft.

Once stopped by the graphics of the composition, the image naturally prompts the question, "What is this?" while revealing enough of the plane to answer that question. It's a bit of a puzzle, which people appreciate, with an easy payoff. "Oh! It's an Adam! You sure don't see those very often." Again, more time spent thinking about the aircraft is more time to communicate your message.

You can, however, make the puzzle too hard. Here's an example. 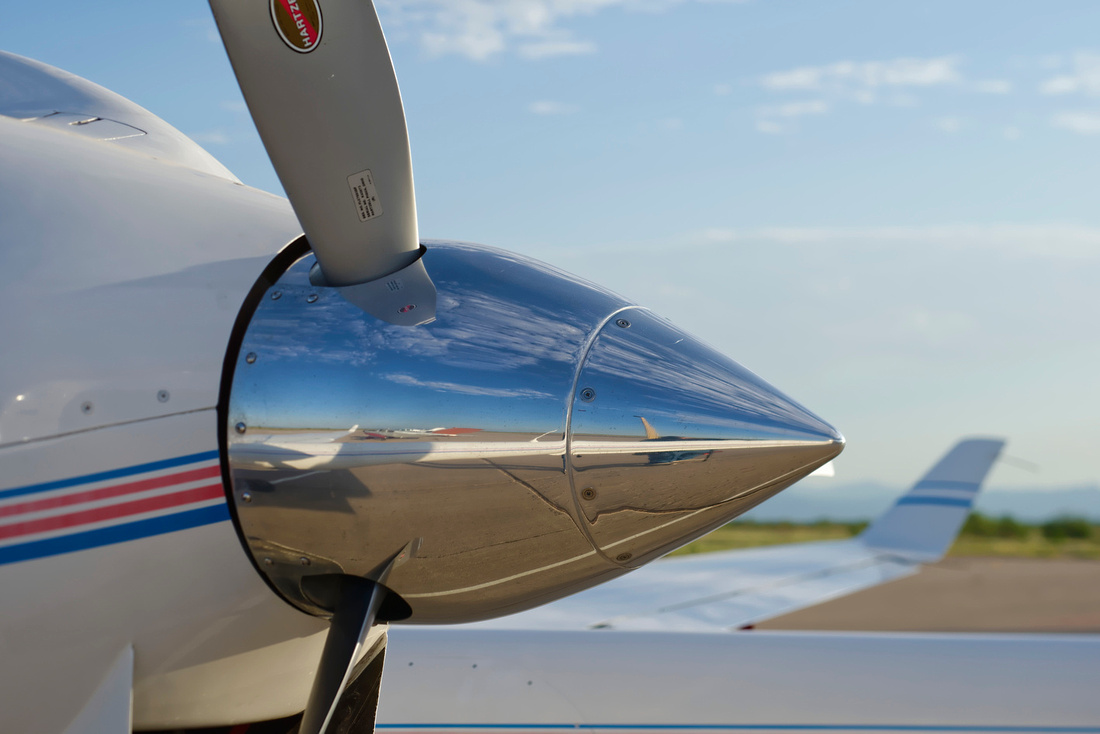 This is the spinner of the rear engine of the Adam. Without knowing the type of airplane, seeing the spinner pointing to the right but the wing/winglet obviously pointing left, might be interesting to ponder, but might not pay off in the viewer's mind with a solution to the quandary, "What's going on here? Are these parts of different airplanes?" As a supporting image, in a brochure about the airplane, perhaps, this might be fine. But as the single representation of it, it's too obscure.

The goal of communication is to impart knowledge to a viewer. That process starts by first attracting their attention, then providing information in a manner that satisfies the viewer's curiosity, a curiosity created by that initial attraction.

Those myriad choices made by a photographer should include the ability to see when "all" is too much. Sometimes showing all of something means also showing competing or, at least, distracting features or objects. Showing too much, at first, might not attract a viewer's attention or elicit the curiosity that leads to learning.

A complete series of photos should encompass a full range of coverage to allow maximum creative employment of the series. Keep in mind, photographer and client, that the full story might best be told by showing less.