For Whom the Sun Sets

There is oft-given advice that a photographer should have the sun behind them, streaming in over their shoulder and smashing right into the subject's face (or whatever surface is facing the camera). That is seldom good advice — most subjects look more interesting when lighted from the side.

While photographing for Cessna a few years ago I caught this Embraer 135ER taxiing at the same airport. I rue the construction fence, but I knew there was something worth seeing and sharing. One thing about aerospace products: they often photograph well with backlighting like this, revealing their shapes with crisp bright edges. 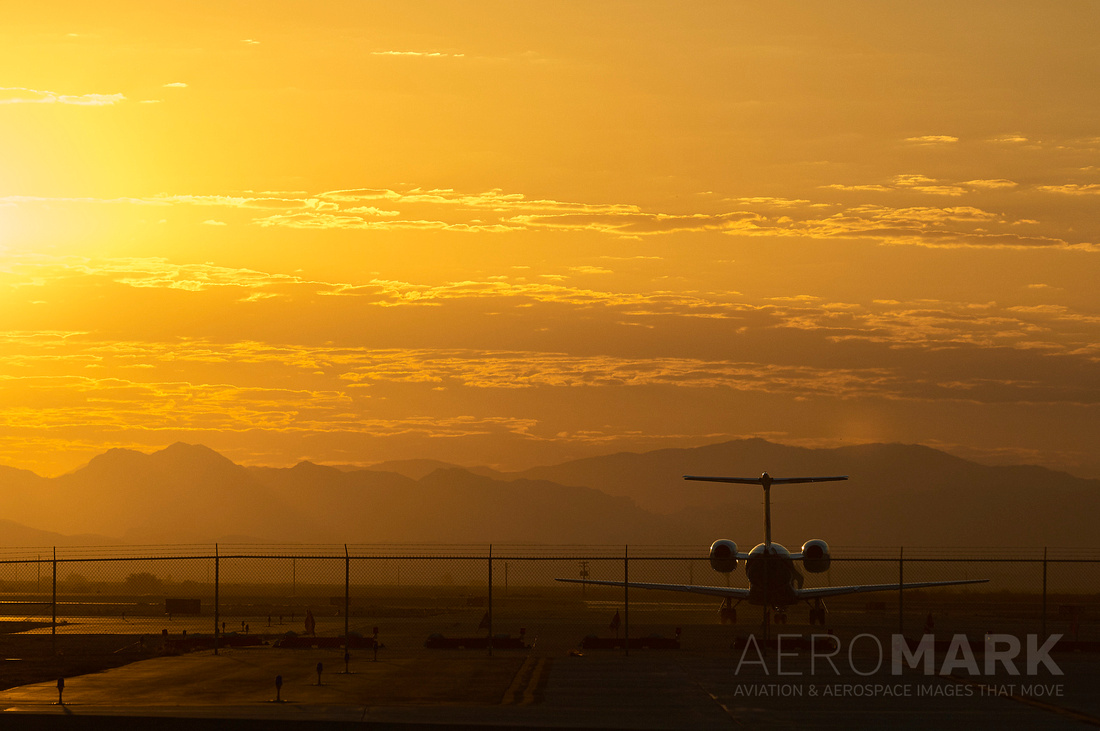 Take care, with such lighting scenarios, to not let the exposure, as determined by the camera, become too bright. If you let it, the camera's meter will push the image to be a pale, pastel, blah — when shooting into the light, go dark.

If instead of hazy, golden early-morning light, as in the above, we see an airplane in clear, cool early-morning light, the crisp edges still do their thing, as we see on this QF-4E. There's no haze to lighten the sky, so the dark aircraft tries to blend into the blue, while having the sun below and beyond the aircraft yields a less usual rendition of the mighty Phantom. 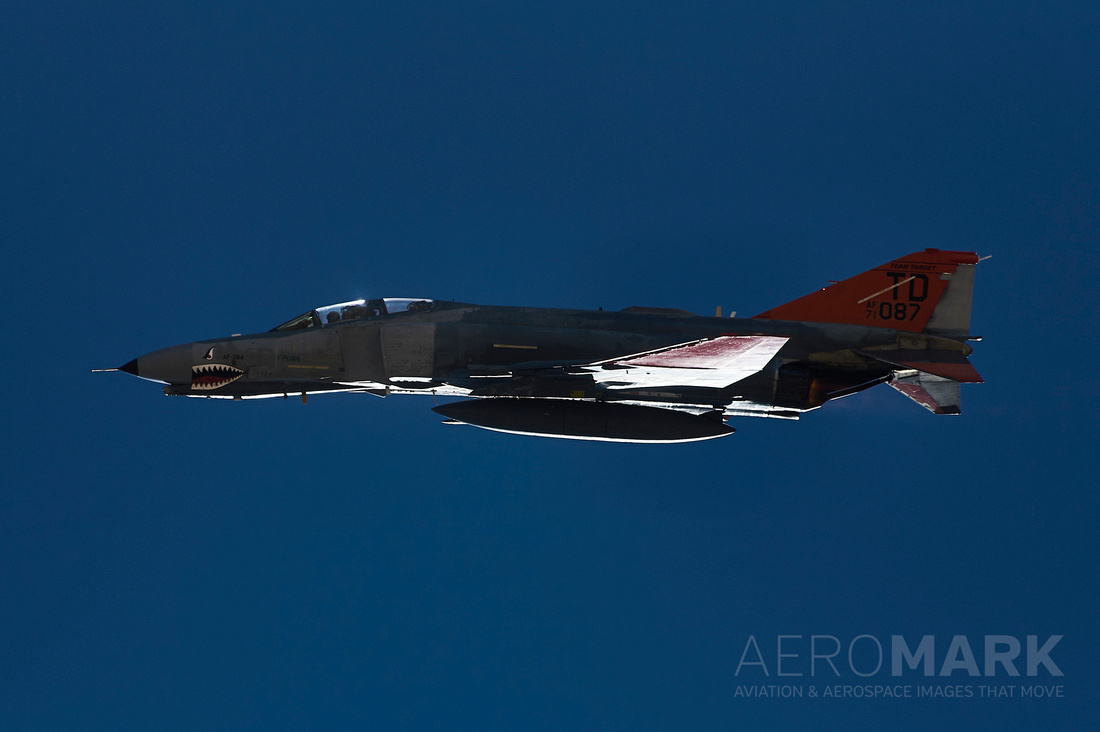 Later in the day, photo opportunities can still present themselves and be worthy of your attention. This CH-54A had just picked up water to fight a wildfire when it roared overhead. Like most of the 1,000+ photos I made that day, of various aircraft and people fighting the fire, this one didn't make it into print, but it's one of my favorites and shows the energy you can capture if you're not afraid to let the sun shine in. Right into your lens, no less.

Here, another challenge of exposure is to keep the shutter speed slow enough to render sufficient blur in the rotor blades or propellers. All that bright sun will push your camera to speed up the shutter but, as I've declared previously, especially with helicopters, no blur means no fly. Keep your ISO low so your shutter speed can be likewise. 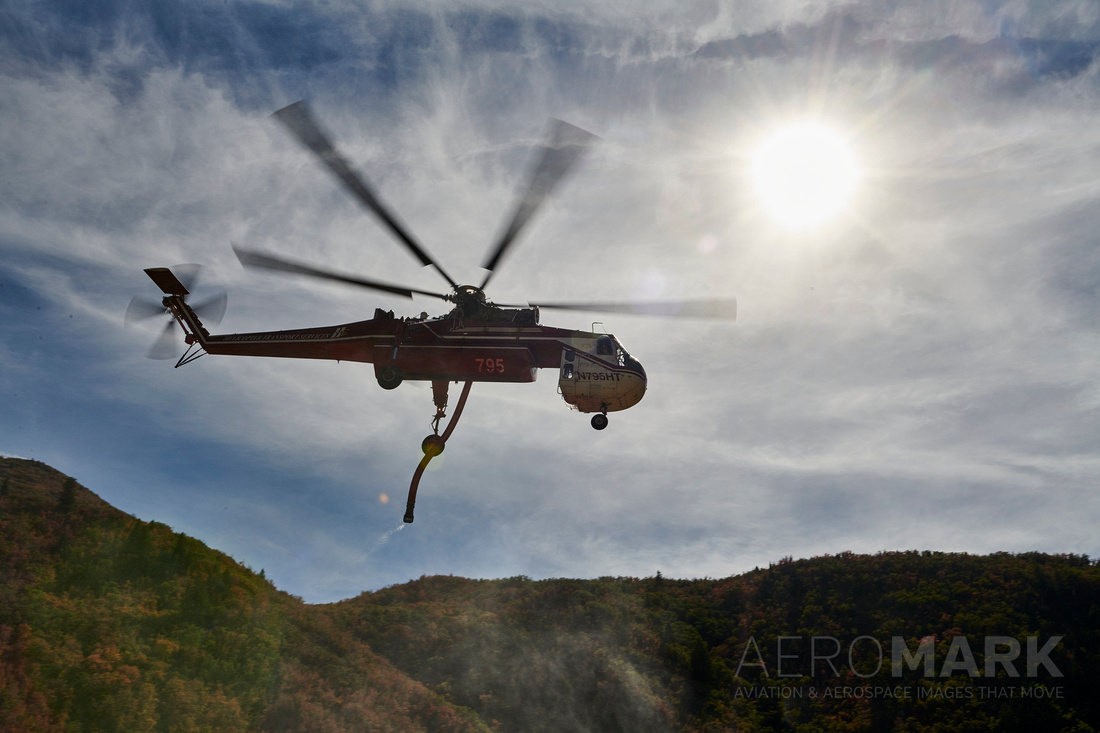 Here is an MD Explorer framed against a sunset sky that is both warm and cool, heading for home after a successful air-to-air photo mission. The colors are relatively muted but, being near opposites on the color wheel, demand attention. Note, too, how I've left room — sky — in the composition behind the aircraft. This arrangement helps communicate that the day is past. If there was still work ahead, I would have left space in front. 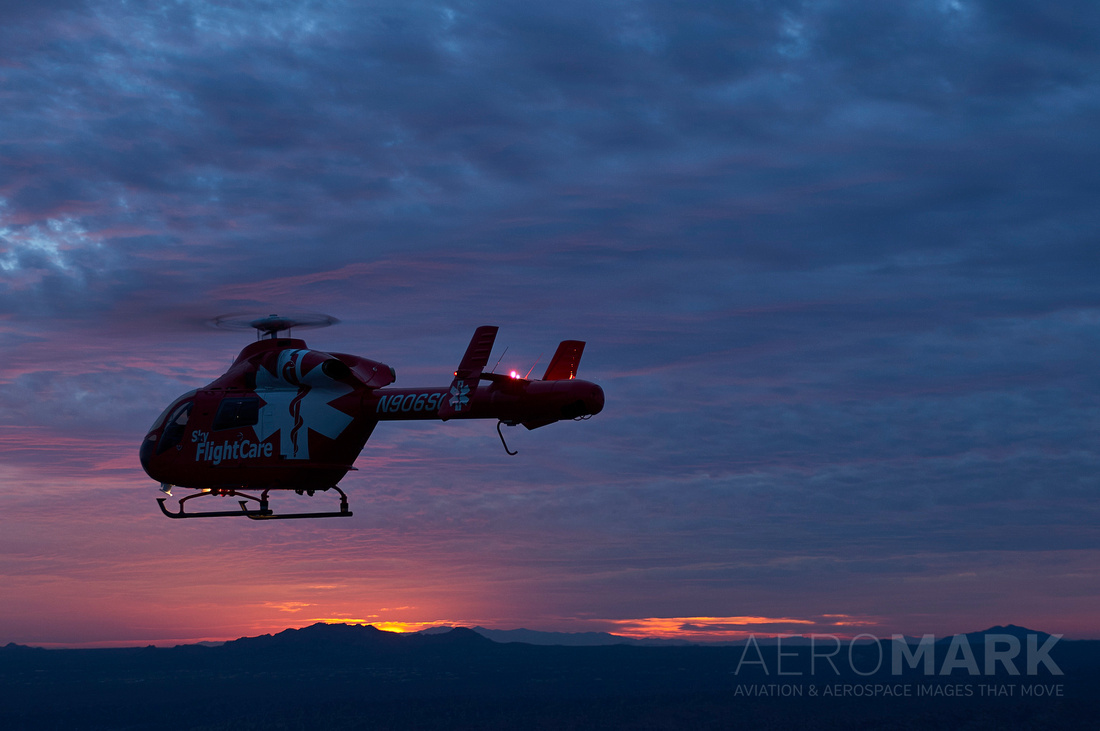 Another sunset, another MDHI aircraft, in this case an MD 530F silhouetted against a sunset sky quite different from the one above. See all the sky I've left ahead of the aircraft? We're still flying and shooting, so I've left room in the composition to tell that story. (Humorous side note: the 530F's pilot's wife turned this image into their shower curtain! Who knew!?)

I'lll end back on the ground, just after sunup at Sun 'N' Fun in Lakeland, Florida. The crew of this Nanchang CJ-6 are prepping for the day's flight demonstrations. More than any of the previous images, I've let the shapes go almost completely black against the background. There's a lot to see in a photo that is basically black-and-oranges with the sun smack-dab in the middle of the shot. 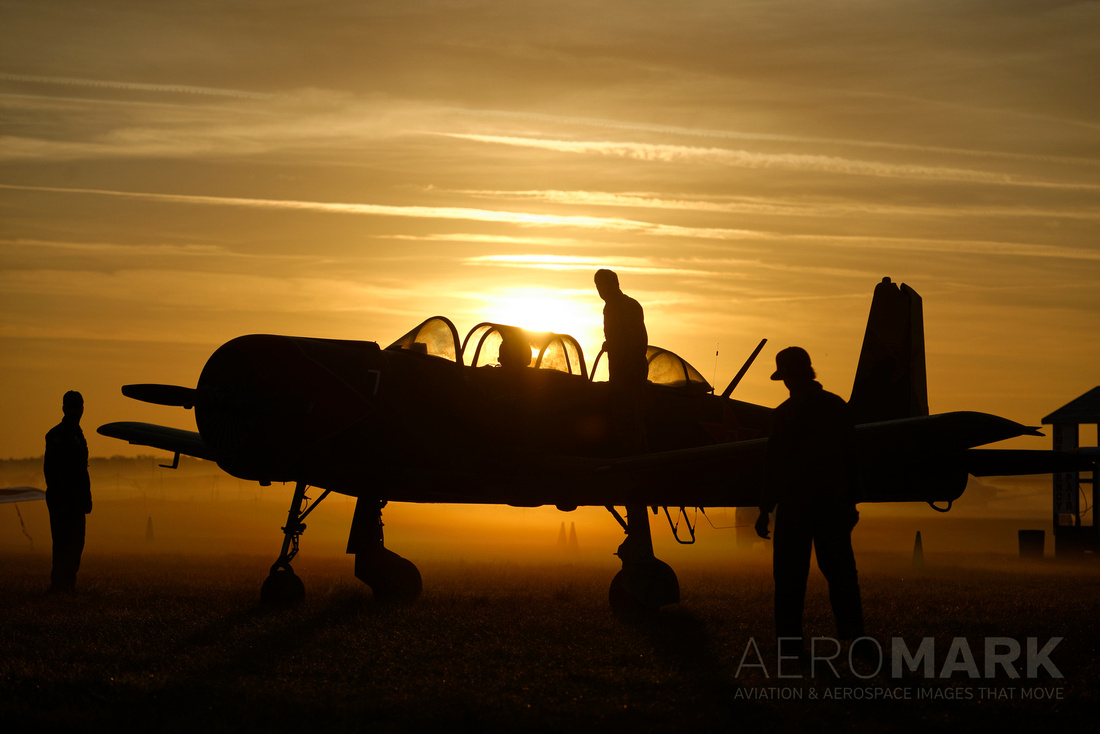 I warned, earlier, to keep the shutter speed slow so rotors and props show up blurred. In this image, where you might think shutter speed is immaterial, I suggest you keep it fast so the aperture will open up and you'll blur, not motion, but the background by reducing the depth of field.

Don't be afraid to seize the dawning or dying light to make bold statements about your subject. Arcing through the sky or resting on the turf, there are stories to tell.