People are endlessly fascinating to look at, and we are instantly drawn to seeing them. In a previous article I addressed looking at them looking at us, while today I will look at them more obliquely. This approach can serve a different purpose than portraiture, showing what they are doing rather than who they are, but even without seeing their eyes, our eyes stop and look.

Here are a smattering of examples. 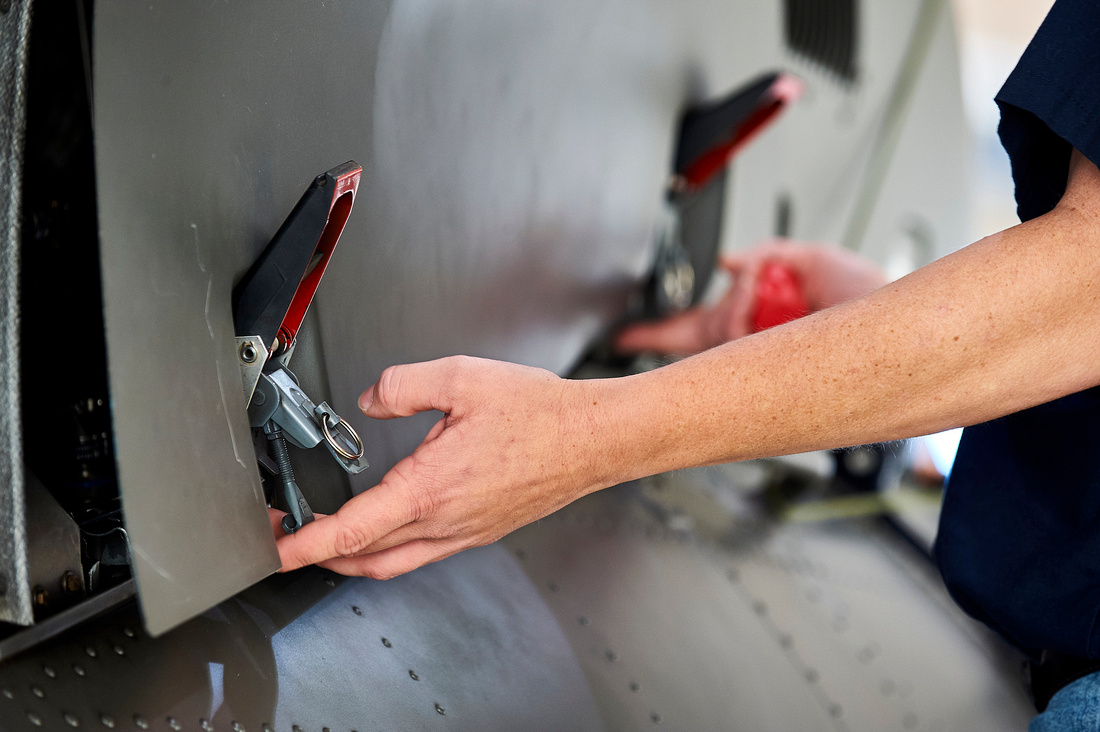 I'll start with a favorite subject, and an effective one for telling the story of people doing things — hands. They are expressive, capable of both fine control and heavy work. We can immediately relate to the texture or temperature or effort, or any of myriad sensations of the hands we see in photos, because we've touched or wrangled or demonstrated the same, or something similar, with our own hands. This means hands are a particularly effective tool for engaging a viewer. (This is my earlier article on hands.) 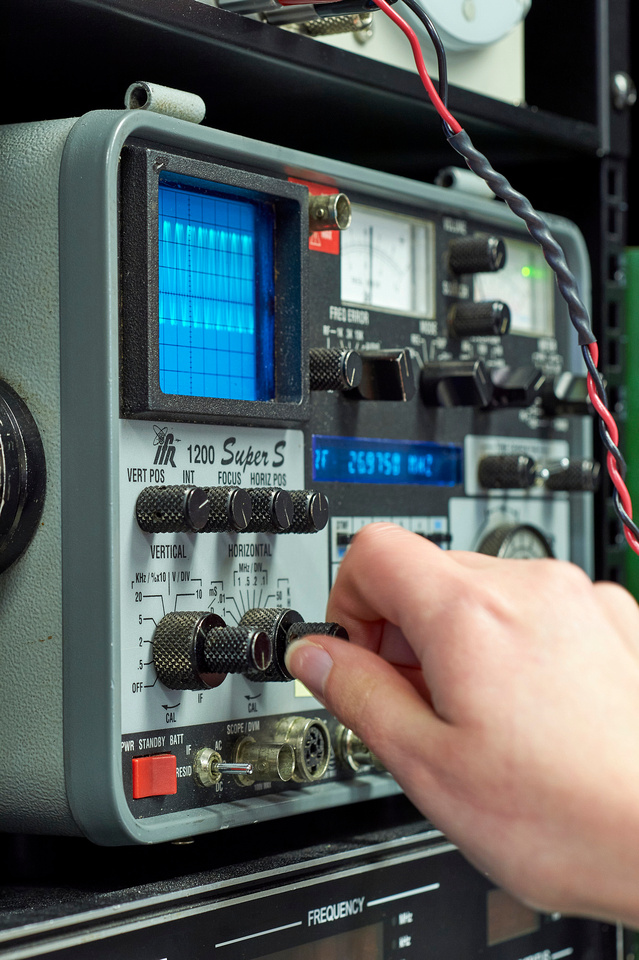 The grippiness of the knurled knobs, above, and the stickiness of the adhesive patches, below, are examples that we, having touched knurling and stickiness, can relate to. Are there aromas associated with electronics and chemicals? There are for me. If we take that next step and recall those aromas, that's a bonus connection. 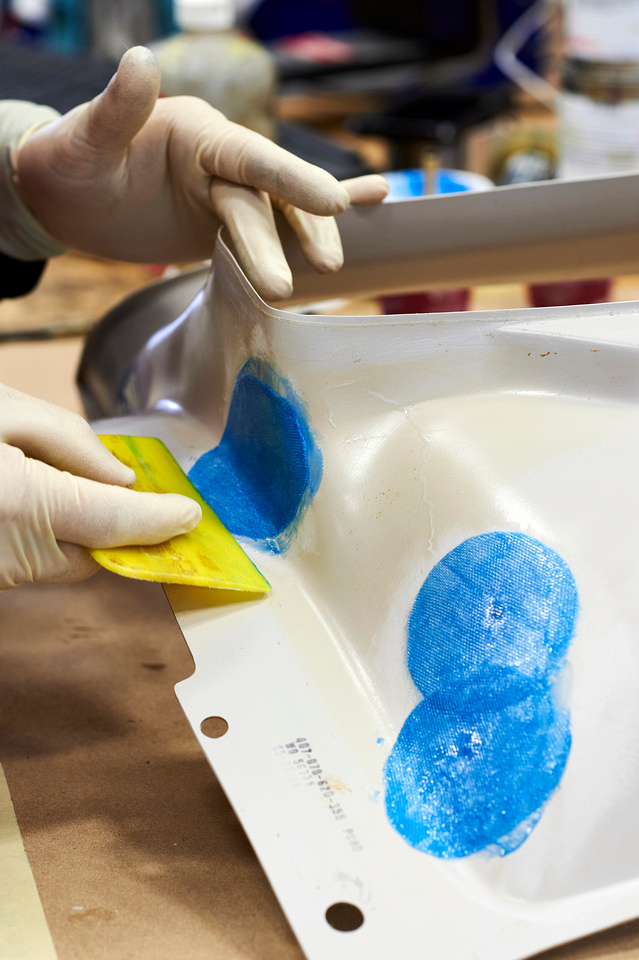 I like this next one because we see more of the man whose hand is gripping the antenna, and we surmise by what little we see that the man is examining the other side of the panel. In fact, he is installing that antenna, though I don't contend that his action is completely illustrated by this photo. A tiny caption is all that would be required to fill in that gap. Which I just provided! 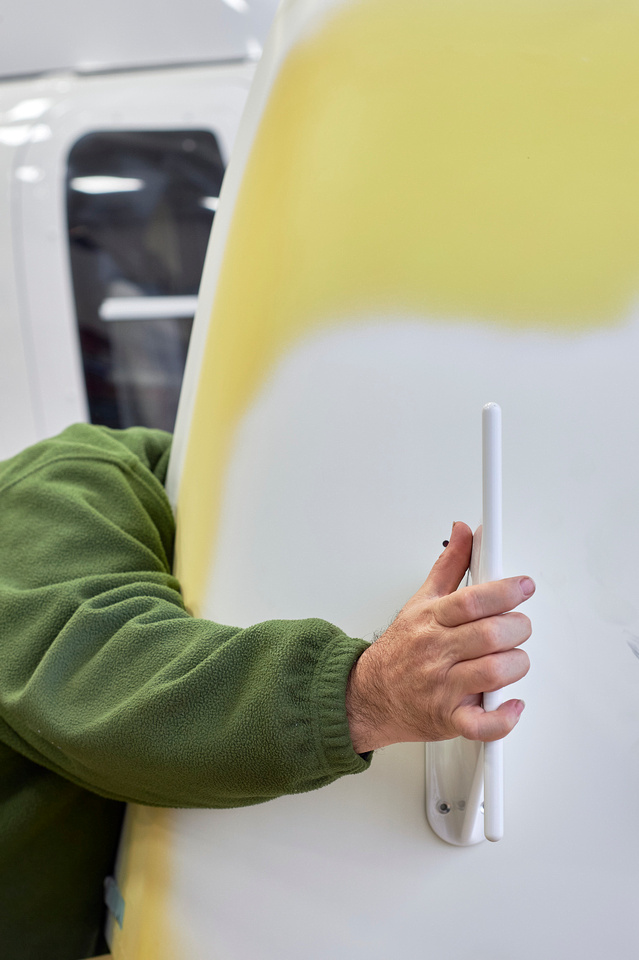 By using a slow shutter speed, below, I allow the hands turning the speed wrench to illustrate that motion. In all of these, my own hands almost sense the positions of the fingers, the reach of the arms, the work that is being done. 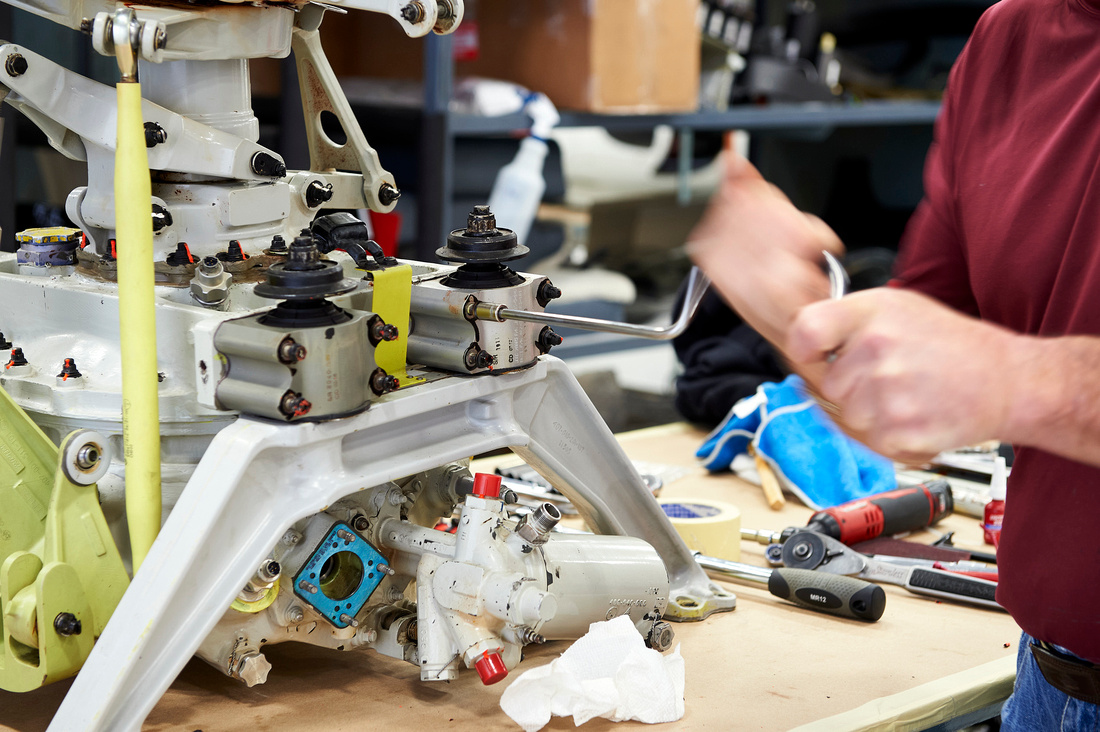 Another partial view of a person that grabs our eyes are legs which, while not as expressive as hands, are still potentially active appendages. With this guy's upper body bent into the helicopter, out of our sight, I'd consider this next photo almost comical because while it's not rip-roaring funny, it is unusual enough to grab our attention. Visually humorous without being disrespectful. There's plenty going on, with mostly angular shapes (human legs, landing gear legs, that expanded steel cage-thing) plus the wavy/circular elements of the fuselage and dangling wires. And it is the human's legs we are drawn to, time and again, as our eyes scan the photo. This same image but no legs? Not much reason to keep looking. 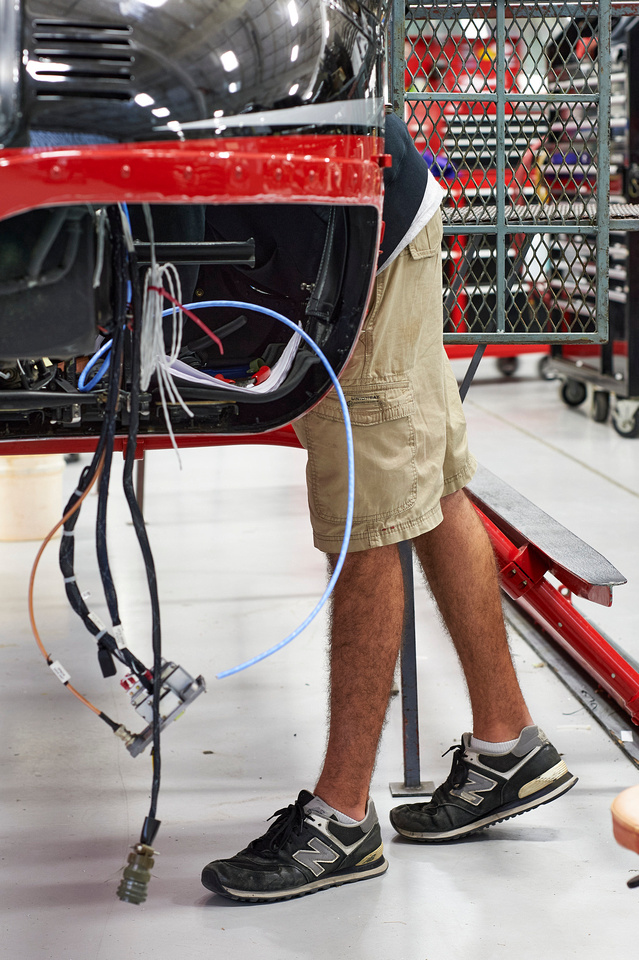 Above, only legs and we don't know what the guy is doing. Below, no legs and we see exactly what this guy is doing — driving rivets. You can feel the effort, the energy, possibly even hear the sound. The mechanic's focus is right where he's working, and our focus is the same. Every time I look at this image, I want to assume the same manly pose, tense my muscles, drive that rivet. I've never even driven a rivet, but I'm sure the one in this photo has no chance, right? 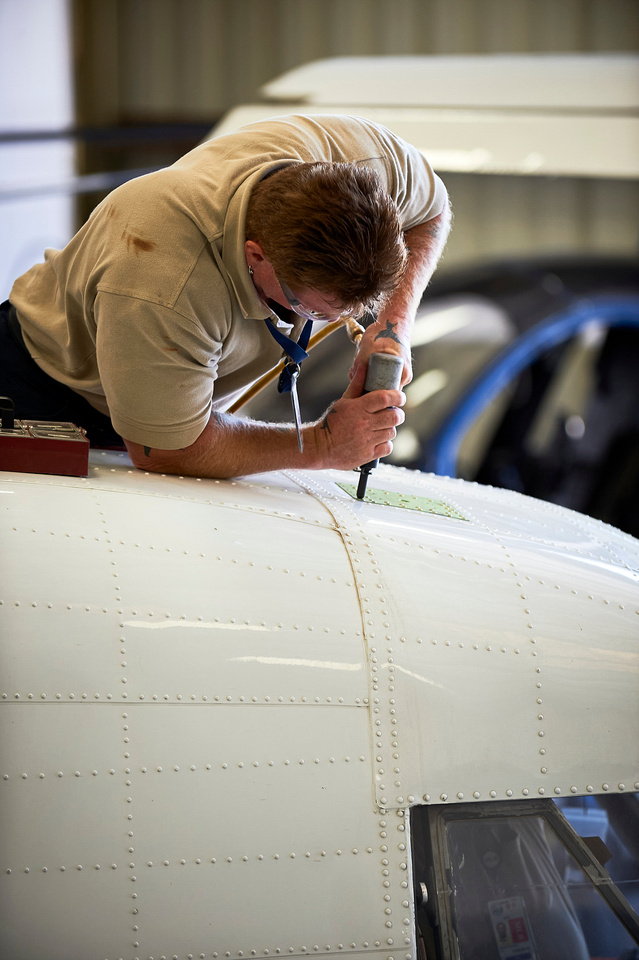 Next we go for the whole shebang. The entire enchilada. The complete caboodle. Full-body shot, sans face. (Well, we see the face of the guy in the back with the hose…but work with me here!) We get action, in this case again bordering on the humorous without being disrespectful. We'd just flown an air-to-air mission over the Gulf of Mexico and now the crew is washing the aircraft down. All that activity offers many opportunities for interesting compositions, including this arrangement. 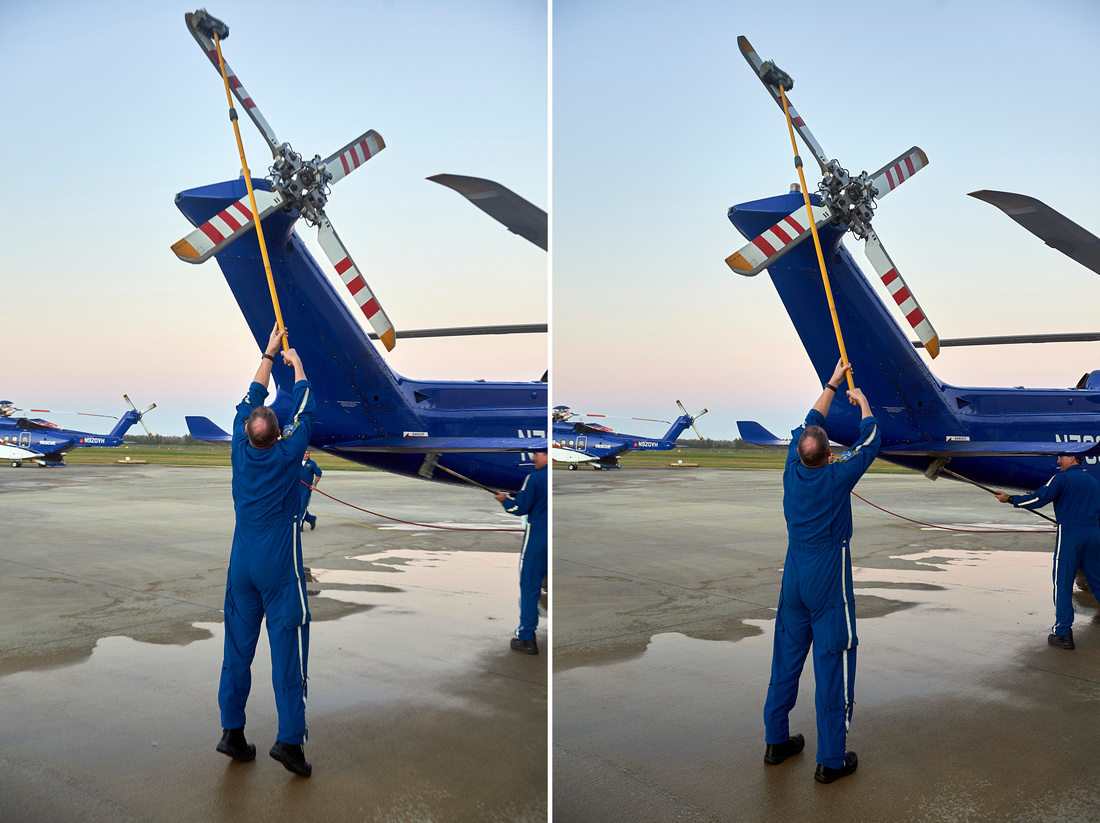 Even without showing a face, we are drawn to images of people doing things. And as I often stress, after the first job of a photograph in service of marketing — grabbing a viewer's attention — the second job is to keep that attention. Showing people at work can keep viewers looking, which gives your messaging time to do its job.

To get these photos, much has to be juggled. The guy riveting was probably in that position for many seconds, especially if he was driving multiple rivets. That means I could probably alter my vantage point and take more care in focus and exposure settings, perhaps trying multiple combinations. Or, like the helicopter washing image, you must move quickly and surely to capture a fleeting scene.

Keep your eyes open for opportunities and, even if you can't see the expression on the face of a person in the photo, you can put a smile on the face, and understanding in the mind, of the person looking at it. 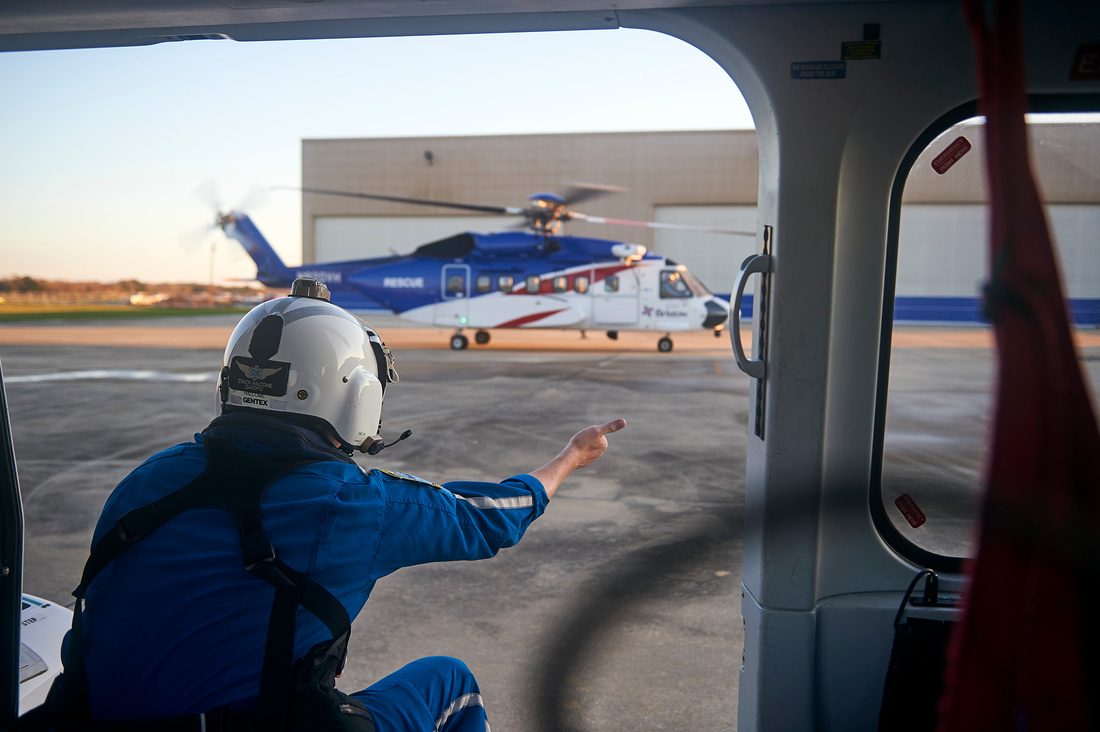